Mental Health in Comics: A Look Back to John Carpenter’s Joker

Something that has always fascinated me about comics was their usage of mental health in regards to their characters. When it comes to mental health in comics, there are quite a few names that come to mind, with Deadpool, Harley Quinn, Batman, and the Joker being a few of the biggest. In comics, we tend to see mental illness used to explain away many villainous deeds, especially in Batman-related comics. Even when it comes to heroes like Deadpool or even Harley Quinn, these characters are dubbed anti-heroes due to their mental health causing them to do “Unheroic” actions even if for the greater good. Of these characters, one character’s mental health is much more discussed, and that character is The Joker. The Joker has been depicted in many forms of media in many different iterations but they all seem to carry the same idea; The Joker is crazy. While the Joker’s mental health has been referenced in many ways and attempted to be explained away (Remember the “Super Sanity” angle?), I feel like John Carpenter’s “Year of the Villain: Joker” one-shot drives home the true correlation between crime and mental health and sheds the best light on where Joker truly falls on this scale.

*Warning: Spoilers for John Carpenter’s “Year of the Villain: The Joker”

John Carpenter’s “Joker” follows Joker and a goon of his, referred to as “Of”, as they break out of Arkham and go on a crime spree. We first see “Of”’s mind at work as he watches Joker kill off his entire gang by blowing up their headquarters then roast marshmallows over the burning wreckage. “Of” states in his thoughts that he isn’t sure what’s real but he believes that The Joker makes it all simple. This trend continues with “Of” explaining away various crimes and actions, even as Joker begins committing more and more heinous acts throughout the city as the police completely disregard their actions.

Eventually, Joker gets tired of being ignored and stops at a gas station with “Of”. On the way, Joker threatens “Of” with his gun and tells him to say something “fun”. “Of” responds by telling Joker about his abusive father and his absent mother, which Joker happily accepts as a “fun” story. While they are getting gas, Condiment King holds up the store and threatens “Of”. Joker sees an opportunity and decides to punish Condiment King for his villainy and executes him in the store despite him surrendering. Joker then takes Batman and Robin costumes for him and “Of”. Joker decides to play Batman with “Of” as his Robin and they begin to prowl the streets for “villains”. Joker spots an old man walking his dog and “Of” immediately agrees because Joker must be right, he makes things simple. Joker tells “Of” to not kill him because heroes don’t cross that line but proceeds to yell that the man has a gun and shoots the old man. He repeats this for the man’s dog as well. While initially horrified, “of” accepts Joker’s explanation for the act and we even see through the art that “Of” now sees a gun on the dog where it once was not, and “Of” thanks Joker for saving his life.

The duo continues on and after meeting Enchantress, “Of” has a mental break and begins yelling at her. Joker jumps on this aggression and uses the internet to build up a new gang to fight her, stating she is trying to take over Gotham. Enchantress easily defeats Joker, “Of”, and their crew. Joker then presses a button and immediately kills all the crew so that he and “Of” could get away. “Of” begins to question Joker at this moment after realizing the crew members were just like him and he makes a plan to run away from The Joker.
After some introspection, “Of” tries to return to his mother to seek help and forgiveness but instead finds her being tortured by Joker. Joker goads “Of” until he jumps him and tries to kill Joker. While “Of” begins choking him out, Joker puts the Batman cowl onto “Of”’s head and tells him to do it harder. “Of” is stunned and Joker turns the tables by beating the “Robin” with a crowbar, stating that he is much better suited for this role. After beating him to near death, Joker tells “Of” to swear vengeance and to train up because it would be more fun to kill him after he did so. After Joker leaves, “Of”’s mom calls him by his real name, Jeremy, and insists on taking him to the hospital. Jeremy and his mom then hobble out of the apartment and Jeremy tells his mom that he thinks he will be alright.

Thoughts:
Throughout the issue, we get to look at the square dialogue boxes that represent Jeremy/Of’s thoughts during the events of the story. The monologue starts with Jeremy stating his apparent kindred with Joker and he even appears to look up to him. As the story progresses, Jeremy’s thoughts begin to question Joker’s actions more and more until eventually, he states that The Joker is “evil, not crazy”.

This statement changes the entire premise of the issue within the final pages. We see this transformation of “Of” to Jeremy within these final moments and we can come to the same conclusion as Jeremy; The Joker is sane. Throughout the book, we can see the stark contrast between the two characters, even from the very beginning. During the breakout, Joker can be seen as gleeful and Jeremy is very downtrodden. Jeremy makes a note in his thoughts that he is with the Joker because he has no one else. In the next scene, Joker kills off the remains of his gang simply because he can and thus implies he needs no one.

Throughout the story, Jeremy relies on Joker to do much of his thinking for him and when he starts to think for himself he is easily persuaded by Joker into siding with him. Jeremy makes zero plans and seems to be along for the ride with his thoughts continually expressing his disdain for himself and his condition. On the other hand, while Joker does seem to make choices of opportunity, as shown with the incident involving Condiment King, his actions are very methodical. From the moment Jeremy tells The Joker his life story to the moment Joker puts the Cowl on Jeremy’s head, we see that all of the Joker’s decisions have led to an end goal that the Joker desired.

It isn’t until Jeremy meets the members of the new gang and realizes many of them are just like him that he starts to question the Joker’s actions. When these new comrades are killed and Joker subsequently tries to kill a cook over a 6 dollar meal, Jeremy realizes something is wrong. Jeremy then tries to go home and upon seeing Joker with his mother, states the main idea that separates them; Joker knows what he is doing. The subsequent fight and dialogue prove to the reader that Joker indeed had an end goal this whole time that started back when he was ignored by the police, he wanted to be seen for the chaos he caused. He wanted to do these things for the sake of doing them. Jeremy just wanted to be accepted and followed the only source of this feeling he thought he could find.

Mental illness affects each one of us differently. Some people can handle their sad days on their own and bounce back while others need medications to cope with the war within. Jeremy is a perfect example of how mistreatment, failed medical care, and a lack of empathy can put a mentally ill person down the wrong path in one of the more extreme ways. While Jeremy’s story is not the healthy road of recovery we would like for all, nor is it realistic in even the worst cases, it is a fictionalized version of how rough the road to recovery is for people with unchecked mental illness. Jeremy turned to crime, not for a wish to harm, but to fulfill a need of acceptance and care that he never felt he got anywhere else. Not everyone turns to crime when faced with Jeremy’s situation but it is not uncommon for them to fall down a path of self-destruction, which is different for every individual but is just as impactful comparatively.

Conclusion:
John Carpenter showcased the spiral a truly mentally ill individual can experience in the best way a comic book story can, with exaggeration and flair, while also telling a great psychological horror with the inclusion of The Joker at his most realistic evil. The difference between the leading characters becomes starker as the story goes on and the reader begins to grow almost fond of Jeremy while Joker sucks up the villainy of the duo, giving the reader a target to project their hate. The art assists in telling this story spectacularly by showing us the world through Jeremy’s eyes while the events unfold and even giving us a glimpse at just how different our two main characters are physically as well. While Jeremy was still a criminal at the beginning of this story, John Carpenter brings to light the importance of care for those with mental illness. And most of all, Joker is not insane. He’s just pure evil. 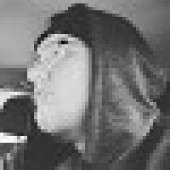