With the A team out of action, it’s up to old man Logan and some lesser seen characters to save the day.  This ragtag team is on a rescue mission in the second issue of The Negative Zone War. 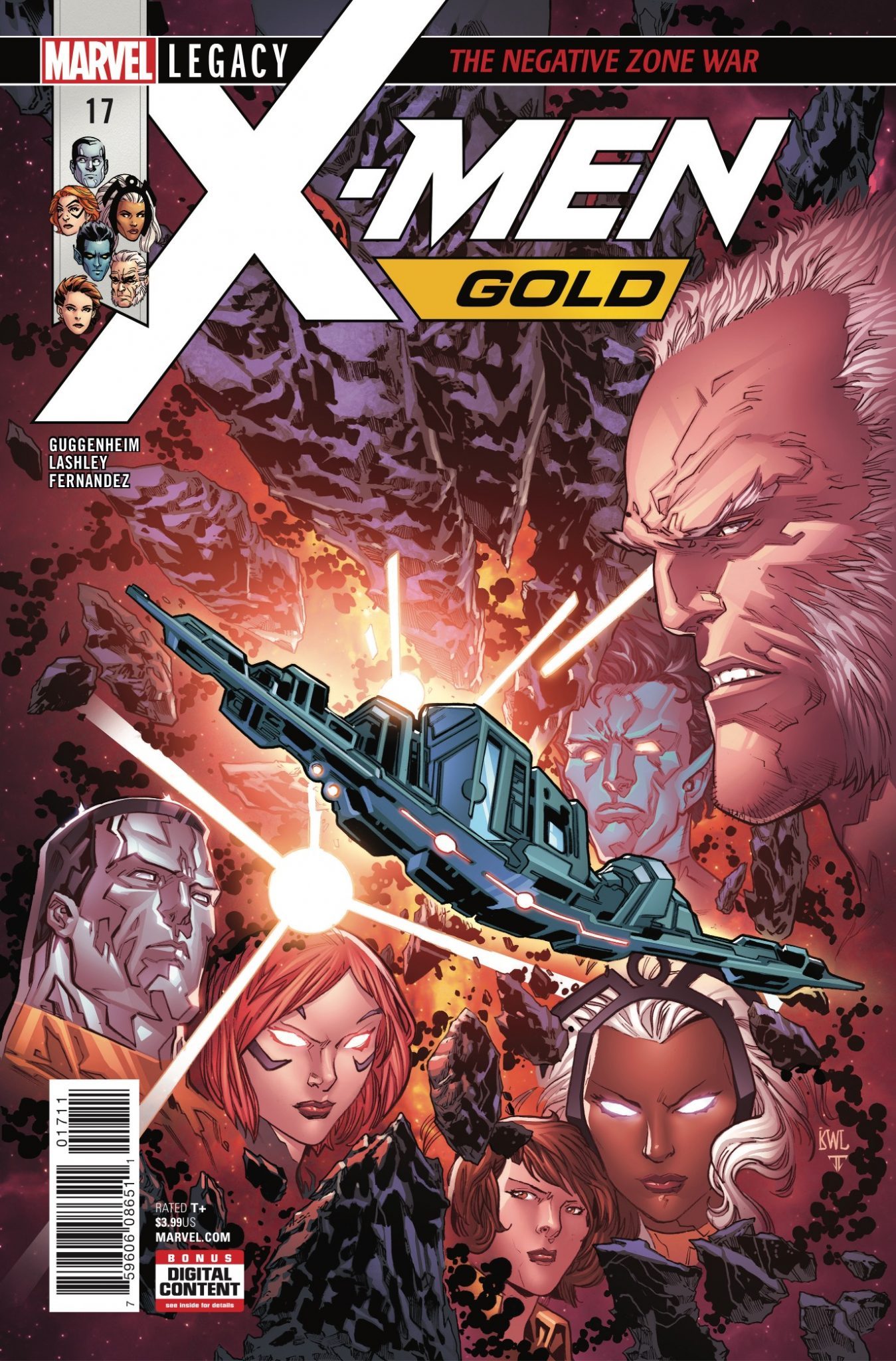 The X-Men’s downtime was interrupted by an alien ship appearing through a portal in the skies, not that uncommon of an occurrence in the Marvel world admittedly. But it belongs to people trying to rescue the alien Kologoth who got caught up with the brotherhood of evil mutants, and as it turns out is basically a space nazi. So naturally they’re hostile and Prestige takes a direct hit from one of their cannons and before you know it they were gone with Kologoth…and Kurt and Kitty along as captives!

The issue starts off with Logan, Armor, Ink, Storm and Colossus gearing up and apparently all it takes to get Logan back in a costume is to tell him it’s tactually designed, but he won’t be happy about it.  The team loads up on a ship capable of travelling through the negative zone to the source of the ship that took Kitty and Kurt courtesy of the Blue Marvel and some old Reed Richard specs.  We quickly check in on Prestige, who is not doing great as a result of the hit she took last issue.

On the planet Dartayus, Kologoth shows off his English and observational skills to his captive Kitty while Kurt is trapped nearby in a prison with no openings which means he has to teleport blind if he wants to get out.  Meanwhile the rescue team crashes on the planet in the middle of a firefight between two sides and quickly gets caught in the middle. They parley with the winning side, which luckily happens to be the one against Kologoth.  Unfortunately, while they’re on the same side, they don’t know his exact location, leaving them the question of where he’s hiding. Back in his hiding spot Kologoth gets word of X-Men’s arrival and not wanting to upset the balance of the civil war going on, decides to return the two captives to get them out of the picture. But one of the captives decides they can’t wait and takes escape into their own hands…with potentially fatal consequences!

Another solid issue that continues the old school X-Men feel the series is going for.  I liked the grumbling from Old Man Logan because to be honest it was a little jarring to see him in a costume. It was great to see some lesser used X-Men get a little screen time this episode with Armor and Ink, and maybe it was just me, but the way Ink was drawn he looked exactly like professor X.  Still it was nice to see the bench of the roster when the starters are out of commission. With Kologoth seeming to be perfectly happy giving Kurt and Kitty back to get the X-Men out of his hair, something has to happen next issue to keep this arc going because I don’t think the next issue is a friendly prisoner exchange and awkward goodbyes.

Summary
Overall another good issue that gives a little time to some underused X-Men.
7
Good