The X-Men are on the planet Dartayus trying to get Kitty and Kurt back. Unfortunately that means getting into the middle of a civil war. They manage to reunite with Kitty, but before they can find Kurt, their enemy Kologoth unveils his secret weapon! 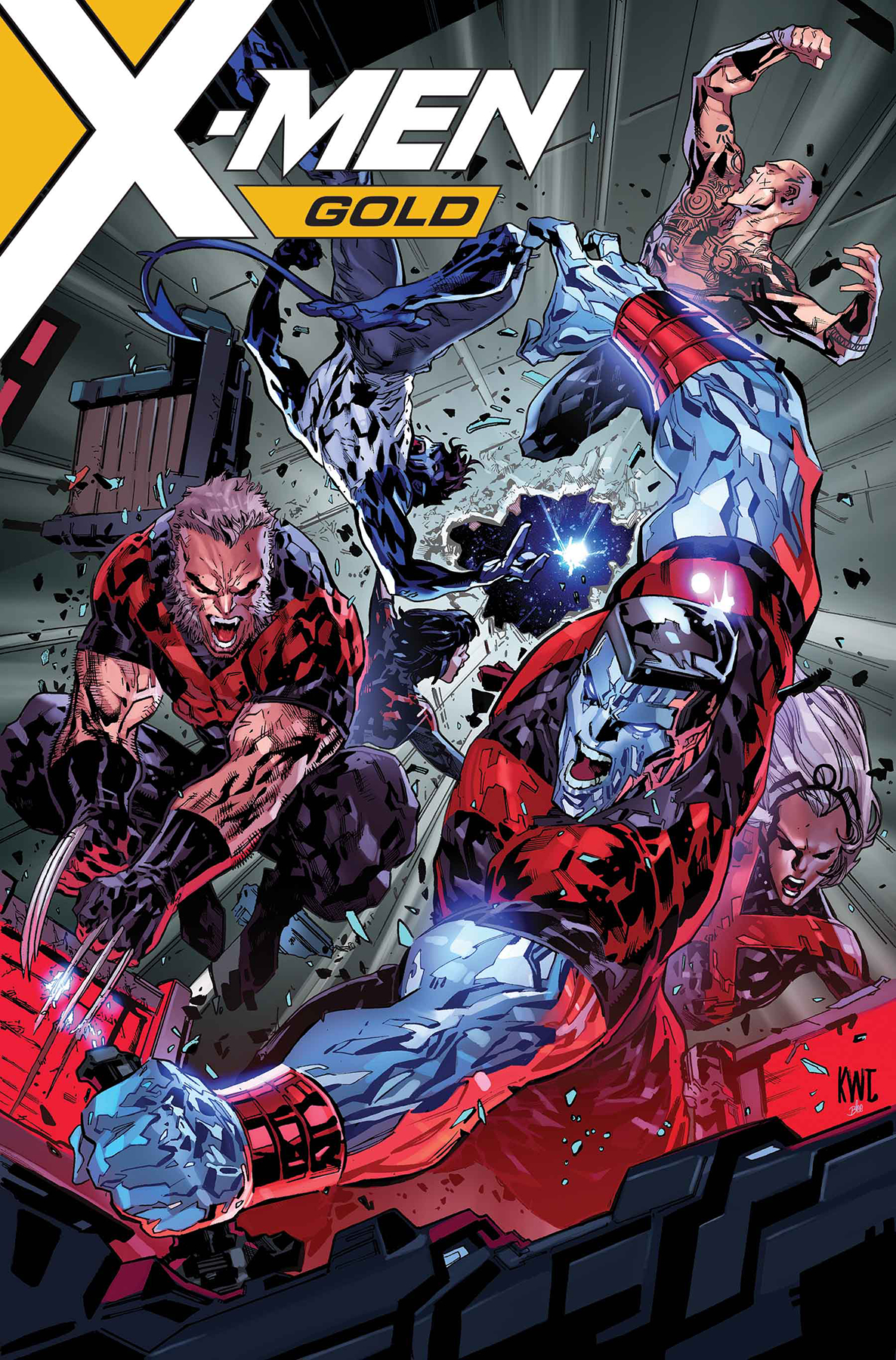 The team meets up with evil space mutant Kologoth to get Kitty and Kurt back because he wants the X-Men off the planet. But after he tells them Kurt is dead, and the X-Men fail to believe him, it turns into a battle. But right when Storm is about to end it, Kologoth raises the fallen God Scythian to lay waste to the world that rejected him.

The issue starts with another quick recap of Kologoths rise to power, showing him and his followers marching with red armbands to remind you again that they’re basically space Nazis. Kitty sends Logan to deal with Kologoth, and Ink to find Kurt while the rest of the team focuses on the giant God rampaging around. Logan makes quick work of Kologoth and Ink finds a wounded Kurt, but the rest of the team isn’t having much luck beating a God. Kologoths former #2, who has had a change of heart, tells the X-Men that he can’t be defeated.  The X-Men change their plan and decide to get Scythian off the planet and tow him to the vortex at the center of the negative zone.  With Kitty getting the hook into Scythian they manage to get him to the vortex, however they get their ship a little too close and they use all their fuel escaping, ending up crash landing on an unknown planet.

Another good, but not great issue that ends the arc on a decent note. The way they beat the God was pretty cool, but Logan beating Kologoth was kinda anti-climactic, they fought him like three times already, Logan could have done that ages ago.  Once again a classic feeling X-Men story that isn’t bad, or good because it doesn’t take that many chances. The ending looks like it’s setting up them marooned on another planet in the negative zone, but I hope it’s not for a full arc because I really think it’s time for them to head back to Earth.