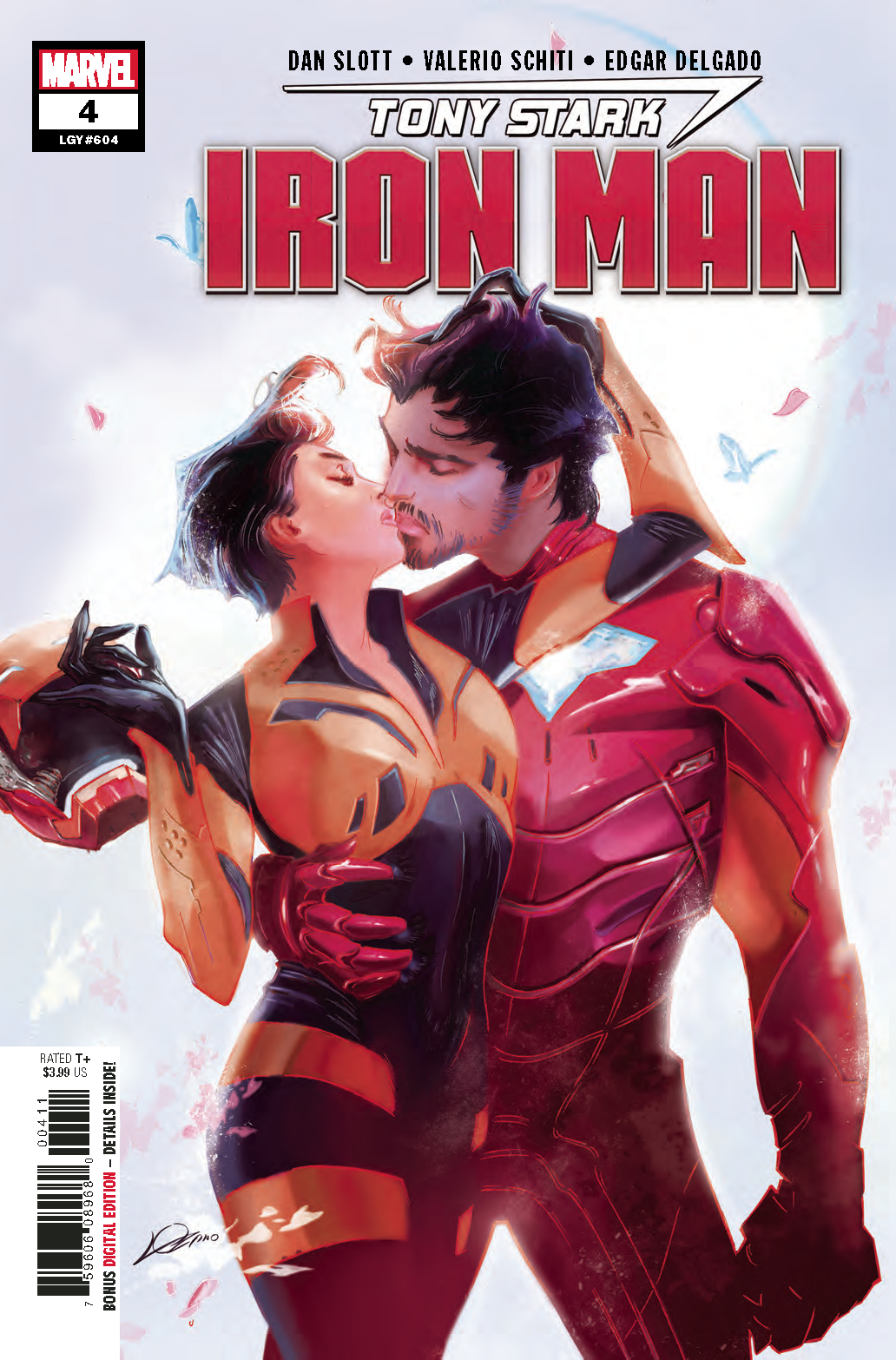 Tony Stark has been back in the main Iron Man title now for 4 issues, and the new world is still being fleshed out. This story is effectively a one-shot but, does drop in new threads that will be picked up later. While the comic is called “Tony Stark Iron Man,” it is as much about the ensemble cast as it is about the title hero. Most great comics have worked this way, and universe building and figuring out the interpersonal relationships in a title can only help make it connect with the reader.

The Story
The entire premise of the comic surrounds a dating website that is too perfect. Everyone immediately finds their soulmate on the first match. While everyone is finding love Tony is on a date of his own, with Janet Van Dyne (The Wasp). It ends up that all these perfect matches are actually robots in disguise and Iron Man and The Wasp have to team up in order to save the day. A simple premise, with a simple story, that still moves the plot forward and the new status quo for Tony Stark.

Tim’s Thoughts
Dan Slott is one of the masters of working with relationships in comics. He had a great run on Spider-Man that had layers of interconnecting characters and dynamics, and he wrote the stellar Silver Surfer that was effectively one giant love story (and one of my favorite comics ever written). I am happy to say he is blending this all together in Iron Man now. Tony Stark and Janet Van Dyne just work together as a couple. The broader supporting cast at Stark Unlimited really makes the world feel alive. It is just a fun comic to read. Slott is also known for his ability to incorporate humor and wit into a comic without it feeling forced, and he does so again here. The way Tony Stark finally handles the conflict in this comic shows us that Slott gets what makes him such a great character, that relies on his brain as much as brawn. It is a nice surprising, and funny, twist that highlights Tony’s intelligence and charm.

Valerio Schiti’s art is also a lot of fun to look at. There is a specific panel where Tony Stark’s Vespa turns into his suit, that was a neat idea come to life. He is also able to balance drawing couples on a date and high octane action. It isn’t often you see an artist able to work so well in romance and action in the same comic. The look has a very cartoon-like feel that works well with Slott’s writing and storytelling.

Summary
A really fun story, that is worth reading. It also works nicely as a jumping on point, even if you missed the previous few issues. Tony Stark is having a really fun world built around him. Hopefully Slott will start building the larger narrative and threat soon.
Good
Bad
9
Amazing

One plus one equals you. (Tony Stark Iron Man #4 Comic Review)