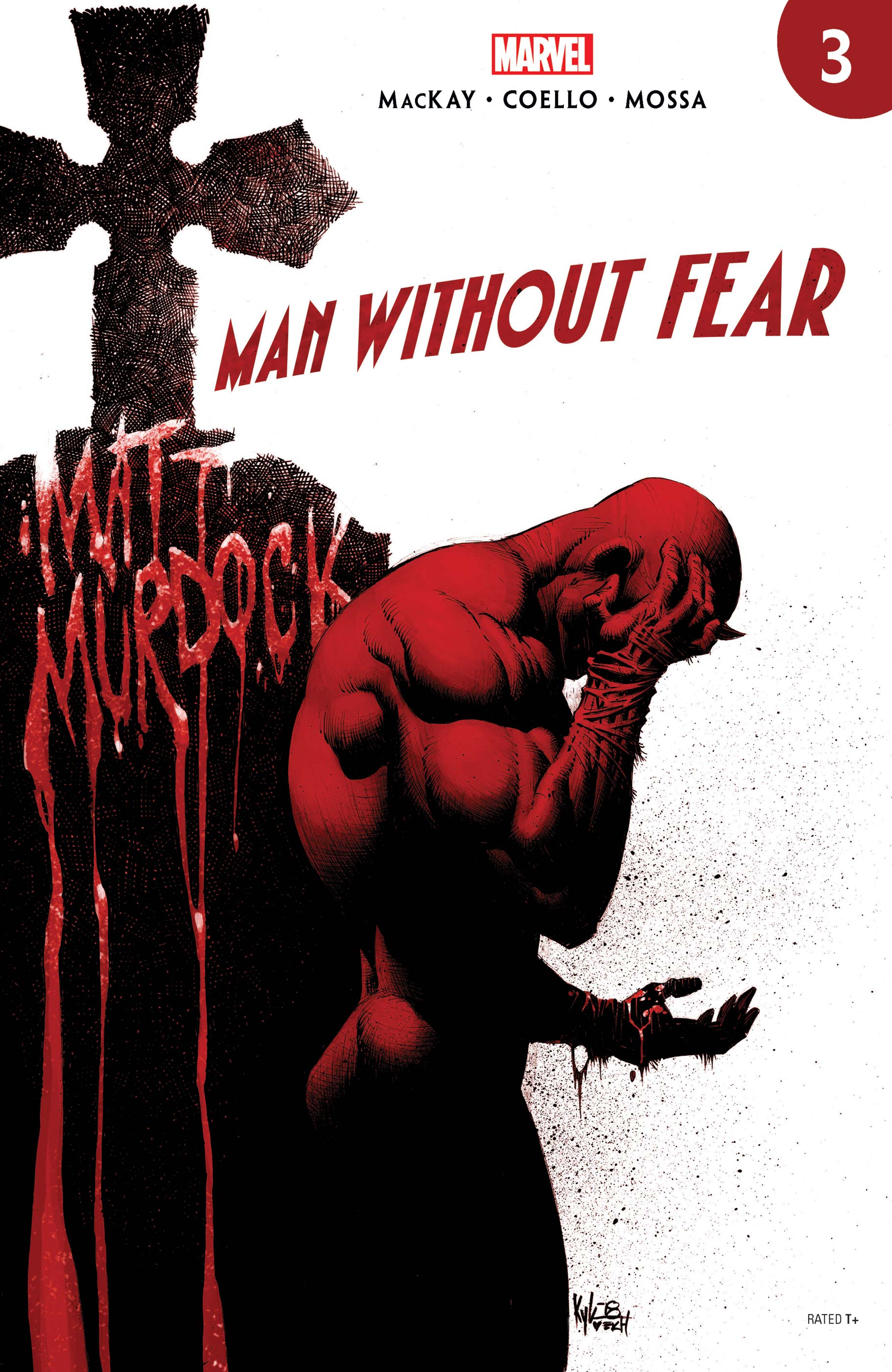 This week’s issue of Man Without Fear alternates between a present story of Matt undergoing his physical therapy and rehabilitation supervised by his sometimes teammates on the Defenders, and a flashback story featuring the team as well. In the flashback we are treated to a villain known as the Foolkiller a sort of Cluemaster to Punisher’s Riddler.

The first member of the Defenders we see Matt with is Danny Rand aka the Immortal Iron Fist, Danny offers to let Mat use his rich people powers to set him up at a top of the line place but Matt declines. Matt says that the place he is in currently reminds him of where he grew up and where his dad trained, Capuozzo’s gym (Capuozzo’s is what the gym is called in Frank Miller’s 1993 series also titled Man Without Fear, however the gym is actually called Fogwell’s and you can fight me on this)

Following a brief introduction to our second story we then see Matt with Luke Cage, who says that he believes our hero is doing the right thing by retiring. While his wife Jessica Jones seems to believe it’s more temporary that Matt is letting on, while at the same time wondering what really is there now that the veneer of the Man Without Fear, the Devil of Hell’s Kitchen has been stripped away from Mister Murdock.

All of this is inter cut with a Daredevil clearly in his prime, and it’s such a fun read I won’t really talk about it so you can enjoy it yourself. The issue ends with someone else realizing what’s going on with Matt Murdock. For the first time since he became the Daredevil, Matt Murdock is afraid and Matt Murdock has no idea what to do with that emotion.

Another excellent issue from MacKay and this week’s partner Iban Coello, whose art has a sort of youthful energy to it while still making Daredevil scary and near demonic to his enemies. MacKay continues to nail the character of Matt Murdock, and he seems to have enough understanding of the guest stars of this issue for their appearance here. My gripes while small are still there.

We are over halfway through with this series and not once has Matt made an allusion to his Catholicism, had a priest in his room, held a rosary or any other of those distinctly DD things. This sort of arc is the perfect opportunity for a crisis of faith with Matt and it’s being missed. My other major gripe is the name Capuozzo’s gym, he explained to me on twitter why he went with the Miller name but still. It’s Fogwell’s

That being said the series is still great as a whole and I remain excited to read it.

Summary
Another excellent entry into a consistently great limited series, do yourself a favor and pick all 3 issues out so far up.
Good
Bad
9.25
Amazing

Beneath the Veneer (Man Without Fear #3 Comic Review)