Guardians of the Galaxy #1 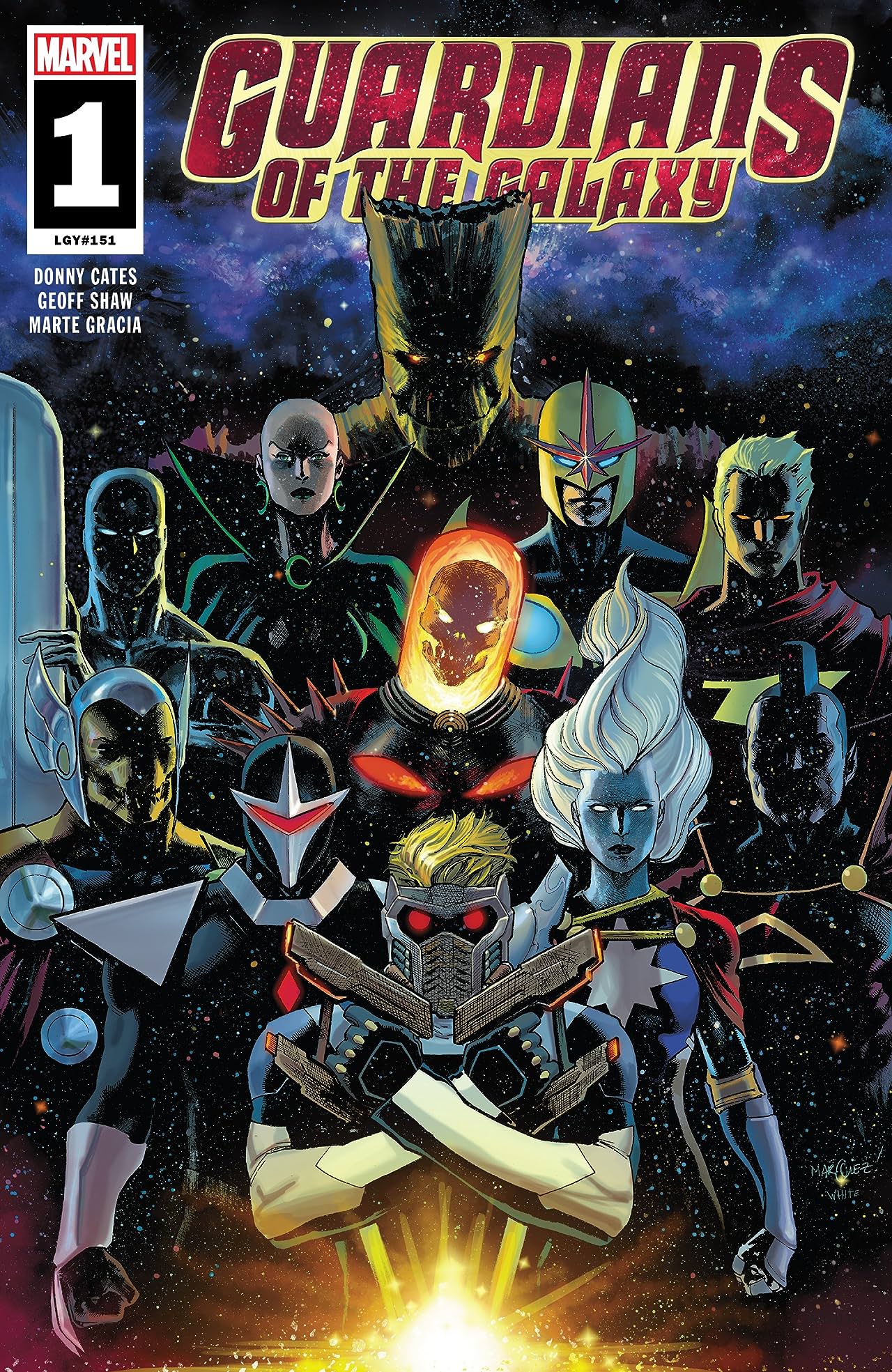 Guardians of the Galaxy picks up right from the Infinity Wars event. Even if you have not read that crossover only two things do you have to know about it: Thanos is dead and Gamora has gone bad. But even though this comic ties into larger events it is perfectly readable as a new jumping on point.

The Story
The comic opens at Thanos’s funeral. Starfox (Thanos’s brother and former Avenger NOT the anthropomorphic fox from the Nintendo series) is letting those gathered know that even in death Thanos had a contingency plan. It seems that when the mad titan was killed he created a way to upload his consciousness into a new host. So, Starfox is attempting to gather a team in order to find and kill the new host. The Black Order arrives and crashes this event, which leads to chaos and the arrival of what was left over of the Guardians of the Galaxy coming to the rescue. It is not much of a spoiler to say who ends up joining the team (it is on the cover) but the way they get together is worth reading.

Tim’s Thoughts
I know next to nothing about the cosmic side of the Marvel Universe. I did not read Infinity Wars, never picked up an issue of Guardians of the Galaxy before, and could not tell you who a significant portion of the new team are. However, Donny Cates has managed to create a comic that is easily accessible for someone like me. He plays on what the general public do know about, by incorporating enough from the films, in order to make this comic still feel familiar. Star-Lord and Groot are here (but Groot can talk beyond “I am Groot”), the villains he uses are all featured in recent films, and anything that is tied to previous material is given context. Donny Cates seems to be on fire lately and is destined to be a writer people really pay attention to. The fact he is able to take a densely packed comic and make it fun and accessible, without relying on exposition dumps, shows he understands his craft. Leaning on the familiarity of the films is a smart move. Star Lord is still obsessed with 80s pop culture and is written with the same wit and humor readers should recognize. The Dark Brotherhood are instantly recognizable to everyone who has seen the latest Avengers film, and the other villain that is brought in has enough public cache thanks to the films. The quest to find the “new Thanos” is also something that can be explained quickly and nearly every reader gets why this would be an important threat. When he does subvert public expectations or introduce new material, he does so in a way that catches the reader up in a panel or two. My only complaint is there are some members of the new team who I have zero clue who they are, as they remain background characters. So when the team forms it diminishes the moment a little bit for me. Even with that said, when the “title card” drops in this issue it is probably the best use of “title card” in a comic I have seen in a long time.

Geoff Shaw’s art here is wonderful. When playing on a cosmic scale, the art team gets to do a lot of fun things. Action sequences feel epic and consequential. The art team here is able to play with Donny Cates humor and action with ease. This issue looks and feels like a Guardians of the Galaxy film but on a grander scale. Moment to moment more amazing things happen and the art and writing do a great job keeping this a real page-turner.

Summary
If you like the Guardians of the galaxy films, Donny Cates’s writing, or just fun comics this is something you should pick up. A very accessible issue that brings any new reader up to speed quickly and without boring exposition. While there are a few characters that are still unknown to me, I trust the team will give them weight and importance in later issues.
Good
Bad
9
Amazing

What we require now is a bloodhound (Guardians of the Galaxy #5 Comic Review)
May 20, 2019