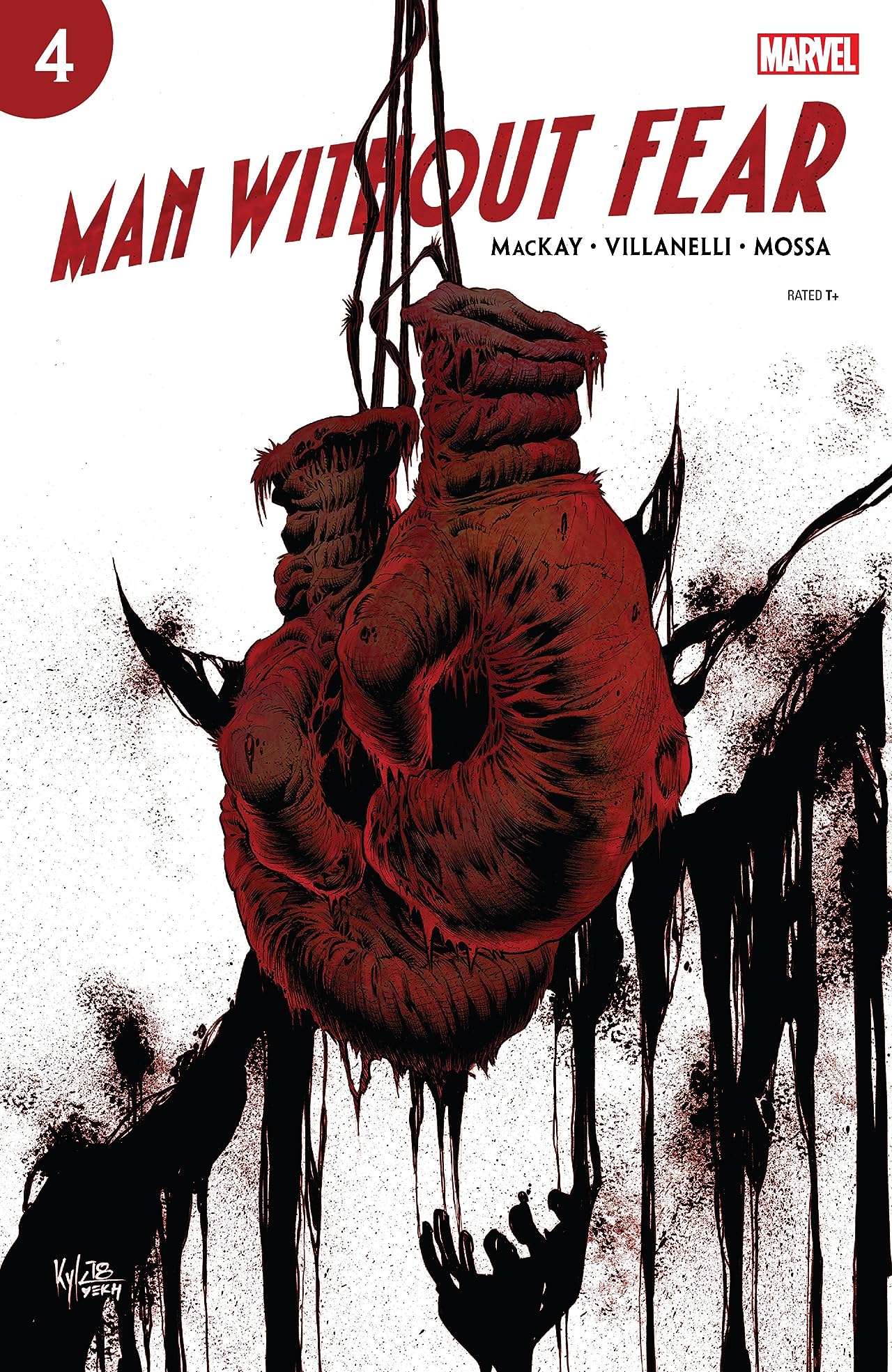 The issue opens with Matt pretending to be asleep while one of the most dangerous men in his life literally towers above him. That man is Wilson Fisk who is, as of now, the mayor of New York City. As Fisk gloats and brags, Matt treats us to his own personal thoughts on the Kingpin, who he is, and how he operates on the inside.

The story cuts to a flashback as Kingpin sits down looking out the window at snow falling. The flashback treats us to Kingpin seemingly waiting for Daredevil as Daredevil races across town. Someone has given Daredevil a tip on the Kingpin personally being there for some sort of illegal activity and he would never miss a chance to stop that. What Daredevil doesn’t know or is possibly ignoring is the fact that it is going to snow.

We cut back to current day and see the return of the Guardian Devil, urging matt to keep feigning a state of sleep because Matt has never been more vulnerable than in this moment right here. His greatest enemy standing above him and he’s powerless to even stand up for himself, quite literally.

We cut back to the confrontation between Daredevil and Kingpin in the snow and it’s admittedly rather one sided with DD losing the advantage of his radar sense rendering him even more blind than he already is. Back in the present we also see some sort of hint that maybe Fisk knows Matt is Daredevil even though Matt’s secret has recently returned to secret status. The Guardian Devil capitalizes on this fear. Back in the snow fight DD takes it to close quarters nullifying the Kingpin’s advantage and ending the encounter.

The issue ends with Fisk boasting that he could kill Matt right here right now and no consequences would befall him. Suddenly Matt’s fear turns into anger as he suddenly opens his eyes and glares at the Kingpin telling him to do it or get out of his room. Matt laments that he is broken and afraid but takes some solace in the fact that he’s not the only one, as we discover Kingpin has his own ghastly spectre of fear following him.

Jed MacKay continues to absolutely kill it with another spectacular issue. We’re nearing the end of this series and I’m not happy to see it go but I hope next week’s finale will be just as stellar as the rest of the series has been. The art by Paolo Villanelli this week is amazing especially during the fight between Kinpin and Daredevil in the snow. I also realized I haven’t given nearly enough credit to the colorist of the series. Andres Mossa has done an amazing job. All the colors fill their space in exactly the right way, the reds especially. Which is important given Daredevils hair and costume. The reds pop like nothing else. The fight in the back of the limo is in my opinion a great example of the this.

One side note that isn’t necessarily a negative or positive. Did Jed MacKay write Kingpin with Vincent D’onofrio’s vocal cadence and pattern in mind. It feels like it and it works.

One complaint however. Aside form a throwaway line by Fisk, this series is thus far devoid of any real reference or appearance of Matt’s Catholicism. This flaw aside this is an amazing issue to an amazing series.

When I Was a Boy (Man Without Fear #4 Comic Review)