When Comics Get Political
In this column I will dive into times, throughout superhero history, that comics got political. There seems to be a constant debate if political discussion has a place in the medium. I hope to show that politics and superhero comics go together. This time we take a look at the time The Black Panther took on the KKK. 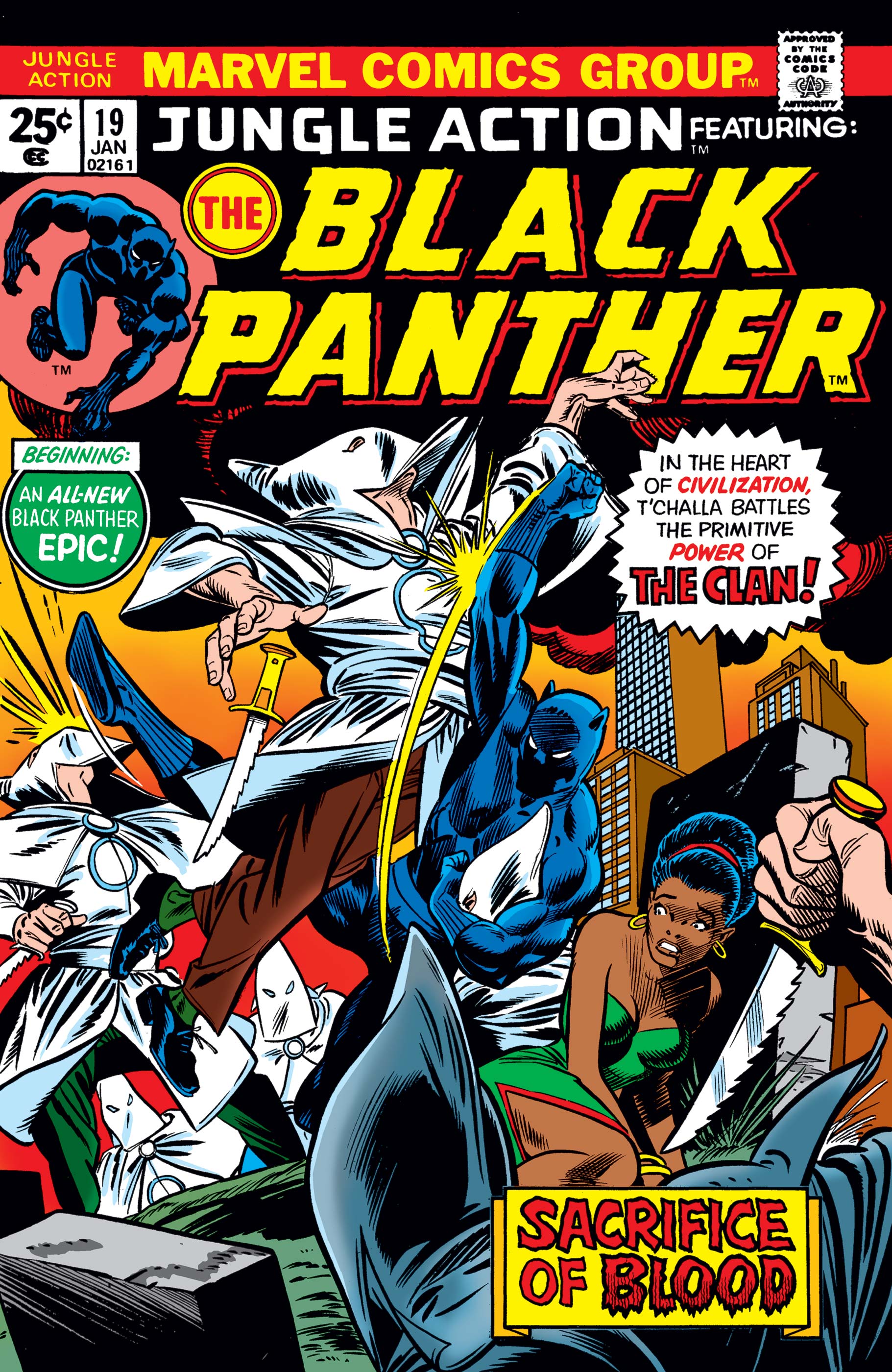 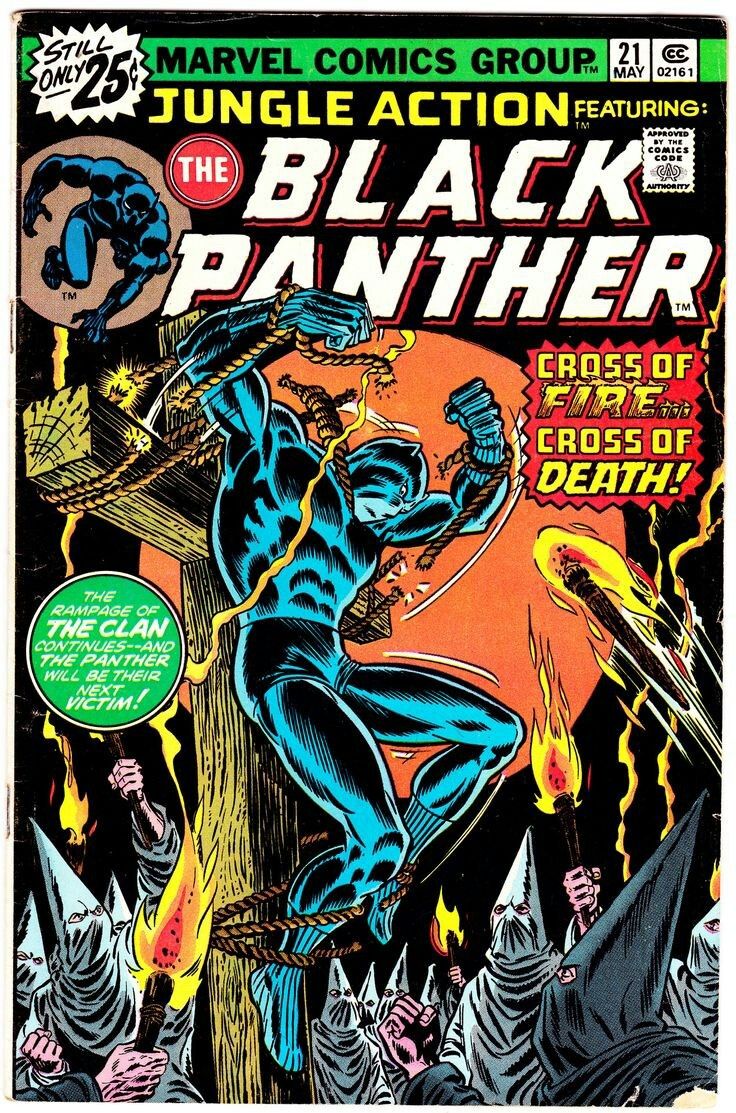 Background
I’ve already written at length LINK about Black Panther and how the character took the tropes of typical jungle adventure comics and flipped them on their head. Taking a genre that has historically been used to marginalize and demonize African characters, and the continent itself, and turning it into empowering those same people. Therefore it made sense that the first solo title that Black Panther would get would be in the pages of “Jungle Action.” It was from issue #5 onward that the  character took over the title in a starring role. However, in the issues of title “Jungle Action,” that will be discussed, Black Panther actually leaves the jungle and takes on racial tension issues in the deep south. 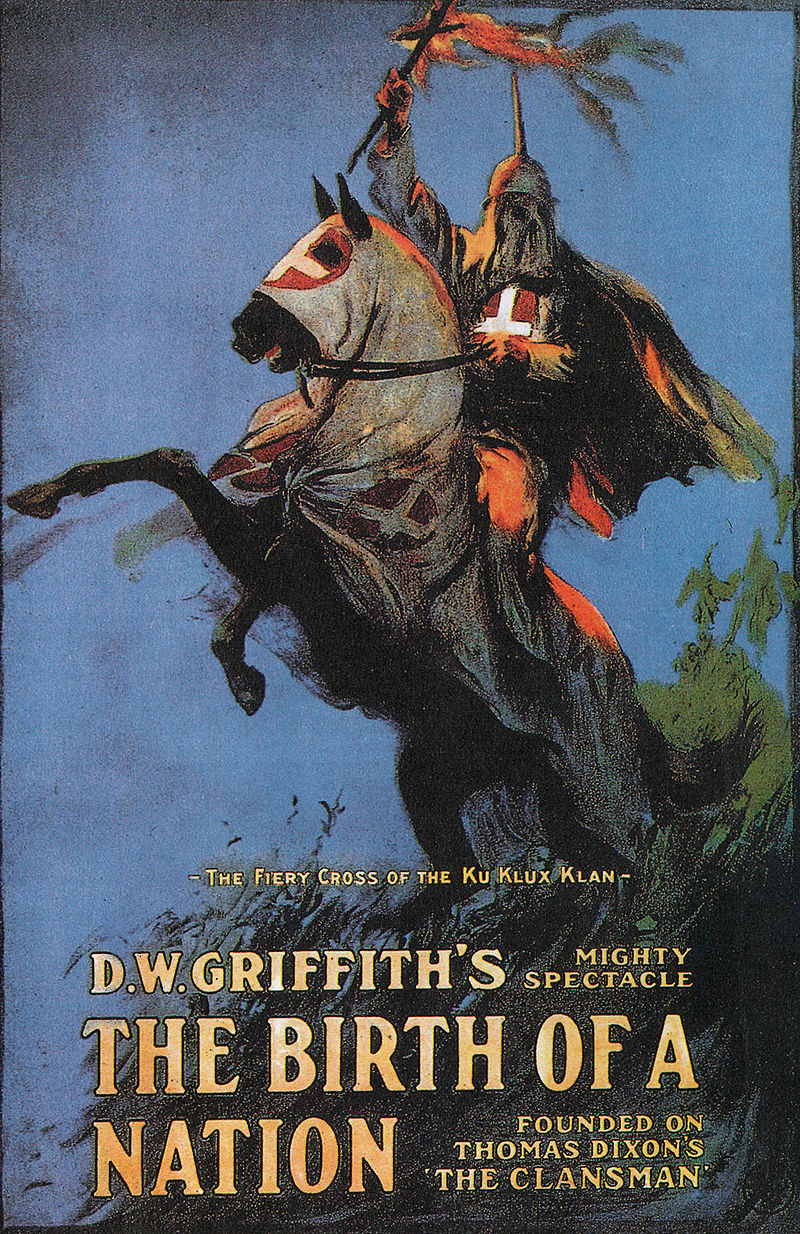 This panel in particular hammers home a very real comparison. The page layout is similar to the poster for the 1915 silent film “The Birth of a Nation.” A very early film that was actually celebrated at the time of release that galvanized the klan. The film was even shown at the white house and people would defend it as being “true to history” even though it painted people of color as bumbling fools and sub-human.

The KKK and Politics
This comic came out in early 1976. This was at a time where David Duke (Grand Wizard of the KKK) had just run for office. While, thankfully, he was not successful he was able to attract the attention of a significant number of voters and was welcome to speak at numerous platforms. The comic even highlights the fears of the KKK getting a foothold into public office.

So the fears brought forward in this comic were not unheard of and a very real threat.This comic arc ends with a KKK rally/town hall. During the 1970’s, under the advisory of previously mentioned David Duke, the KKK was undergoing a change in public appearances. While they were still a hate group in every sense of the word, and carrying out violent acts, they would display themselves as simply a political force. David Duke would try and paint the KKK as simply a group of people that are looking out for “white heritage” and “white rights.” He claimed to want to face the growing civil rights movements through “peaceful” political action rather than overt violence. The town hall in the comic highlights this same belief with the KKK leader saying he just wants to look out for the “whites.” Of course this all falls apart when Black Panther exposes them for the attempted lynching that he underwent earlier in the same issue.

When you have things like the head of the KKK actively running for government, the idea of white supremacy having a powerful voice was a realistic fear. Good thing we don’t have to worry about this anymore…….

Lynching
The KKK had already been a semi-regular villain in comics in the past. I’ve even pointed out The Hate Monger (created by Kirby and Lee) as a not so subtle nod to the KKK and fascism in America LINK. But this comic is the first one to make that threat feel real. According to widely available statistics lynching (the act of a mob carrying out their own perverted form of justice by executing a perceived guilty individual) was fairly prevalent in the USA. From 1877-1950 more than 4,000 lynchings occured, this is not including wrongful incarcerations and missing persons. This was done almost exclusively in the south towards black individuals. While lynching did subside after 1950 they still were not unheard of, and the aggressive persecution and murder of black men by the police is still an issue today. With this comic coming out at 1976 the rampant lynchings would have been in very recent history.

So the KKK’s battle with the Black Panther ending with his attempted lynching on a burning cross was a far more real threat. It is entirely possible that reader of this comic could have seen lynchings in the news or in person. The threat wasn’t aliens from outer space, or super powered villains. Black Panther was facing a very real organization that hated him for the color of kis skin and wanted to see him dead for that.

To today’s reader they might feel this comic is a simple apolitical story. What is more black and white (pun intended) than a black superhero taking on the clearly evil KKK. Sadly, the message of this comic is one that is rooted in very real threats at the time, both political and physical.

The Exiles To Return In New Series By Saladin Ahmed!
January 4, 2018