Why have the Superman titles—Action Comics and Superman—experienced the longevity they have? A comic book first published in 1938 about a flying man who dresses up in tights and disguises himself with glasses and a stutter continues to be relevant over 80 years later because Superman has been able to evolve with the times. The first iteration of the superhero fought gangsters and corrupt officials in the 1930s and fascists in the 1940s. He even did a stint in television, once that medium had overtaken the newspaper, in the 1970s. The Superman office is to be commended for its ability to find ways to keep a tale as old as time so fresh. However, there have been some misfires—most recently the New 52 reboot that drove many long-time readers, and even some new ones, away. However, I would argue the times that the Superman office has fallen short in reaching its goals of creating books that appeal to a wide swath of readers is just a symptom of a larger problem—insufficient diversity in its ranks, particularly those of its writers.

It is baffling to me that women working on the Superman books are such a rare occasion. One of the giants of comic book history, Dorothy Woolfolk, who was responsible for use of kryptonite in the comics, edited seven issues of Superman’s Girlfriend Lois Lane during the 1970s. Although this may seem inconsequential in terms of volume, it is important to note that historically the book had focused on Lois’s attempts to expose Superman’s secret identity and convince him to marry her, as well as her rivalry with Clark Kent’s high school girlfriend, Lana Lang. Like Action and Superman, the team working on the Lois Lane books were dominated by men. Woolfolk sought to establish Lois Lane as an unapologetic feminist, doubling down on her characterization as a career journalist at the top of her field. Woolfolk’s Lois broke off her relationship with Superman and insisted she still loved him but needed to live her life. There was a tremendous backlash to her efforts to modernize Lois Lane, and she was eventually let go from DC Comics. 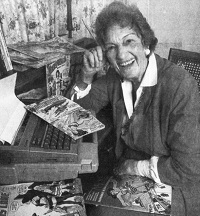 The next time a woman would have such a prominent role in the Superman office was when Louise Simonson joined DC Comics and wrote Superman: The Man of Steel in 1991, alongside artist Jon Bogdanove. Simonson, with Dan Jurgens and Roger Stern, was also responsible for the famous Death of Superman storyline. Additionally, she and Bogdanove created the character of Steel, whose title she also wrote beginning in 1994 and ending with the 31st issue. She continued to write The Man of Steel for eight years, ending her run with issue #86. Simonson also contributed to Superman: The Wedding Album. 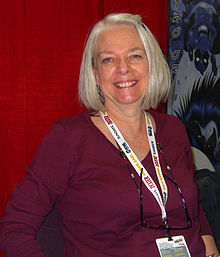 Aside from Simonson’s critical role as a Superman writer in the 1990s, the presence of a woman writing either of the titles has been sporadic. Gail Simone wrote Action Comics briefly in the mid-2000s. Simonson returned to write a flashback issue in 2011, right before the New 52 relaunch, titled DC Retroactive: Superman – The ‘90s, a collaboration with her The Man of Steel artist, Bogdanove. She also wrote the 12-part digital miniseries, The Death of Superman—a tie-in with the recent DC Animated movie—in 2018. 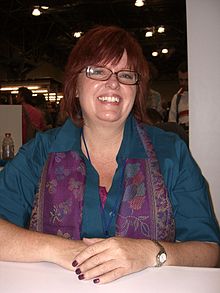 Consistency in hiring women to write the main Superman titles is something that DC Comics would do well to adopt. After all, women have been integral to the Superman fanbase for years. The misconception that comics is a ‘boys’ club is harmful to the industry as a whole, given that it is supported by women as well as men. Superman in particular has the unique privilege of being the subject of two hit television shows in recent memory—Lois & Clark: The New Adventures of Superman and Smallville—both of which were sustained by an overwhelmingly female demographic. The former was a romantic comedy, and the latter a teenage drama that developed into a superhero show in its own right. Part of the reason I decided to take up reading comics myself was seeing Smallville on television each week when I was growing up and wanting to know more about the lore behind the script. Smallville had a writers’ room that included women, as did Lois & Clark, which was, in fact, created by a woman—Deborah Joy LeVine. Why should having an inclusive creative team be limited only to television?
Diversity only strengthens any team. Jessica Chen has been the associate editor of the Super line since 2017, which was a surprising change given the years that the office had been made up of a majority of men, in part due to Eddie Berganza, the former editor of the Super office, sexually harassing women. Berganza was fired in 2017, but the Superman office remains predominantly male. More change is needed. By hiring more women to work in the Superman office as writers, DC Comics would not only be sending a signal to its female consumers that it cares but would also be improving the stories the office publishes by integrating new perspectives. For example, a woman writing a Lois Lane solo book could have significantly more weight than a man, because she has the experience of trying to make it in a male-dominated industry—something essential to Lois’s story. Given that understanding what makes Lois tick is just as important to writing any of these books as is understanding Clark, more female writers would be a welcome addition to the Superman office.

Why have the Superman titles—Action Comics and Superman—experienced the longevity they have? A comic book first published in 1938 about a flying man who dresses up in tights and disguises himself with glasses and a stutter continues to be...
0
Average User Rating
0 votes
Have Your Say!
Your Rating: 0
Submit
Write A Review