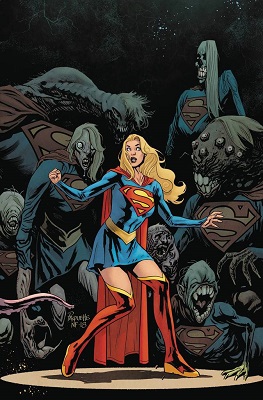 Last issue, Supergirl and the Omega Men were set upon by a clone army of Supergirls. Here, she and her new comrades attempt to fight their way out of the trap Harry Hokum, master of the Citadel, set for them. At the same time, lightyears away, Krypto and Z’ndr are at odds about how to find Kara. Even farther away, the Circle debates how to deal with the last Kryptonian. 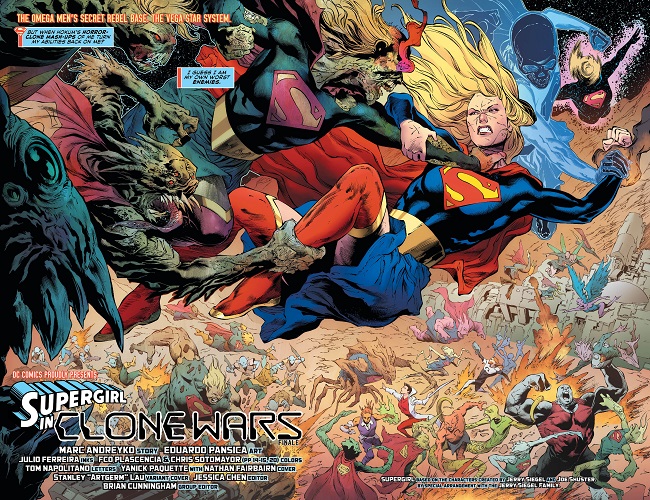 Kara’s determination to defeat the clones without killing them is a testament to her character. As she has proven throughout Andreyko’s run, her first instinct is always to appeal to her enemy’s humanity, much like her cousin, instead of throwing punches first and asking questions later. In this issue, as with the others, she again questions her memory of Krypton and whether or not her father’s science was for the greater good. Her reflections make her wonder whether or not she wants to find the answers she seeks.

I loved this issue. The art was again wonderful, and I found the entire story to be quite cinematic. Andreyko continues to deliver an exciting space adventure starring the Girl of Steel. I especially enjoyed her interactions with Ryand’r, and her attempts to talk down the clone army. It was also great to see Z’ndr’s obvious struggle between wanting to be honest with Kara and the fear that she’ll never trust him again. I can’t wait to read the next installment.

Summary
Kara and the Omega Men fight an army of Supergirl clones. Lord Gandelo defies The Circle and calls for the death of Supergirl.
Good
Bad
9.8
Amazing
Art - 10
Story - 9.5
Characterization - 10