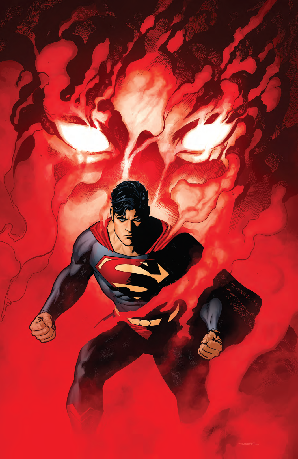 Action Comics Volume 1: The Invisible Mafia collects Action Comics #1001 to #1006, picking up from Brian Michael Bendis’s inaugural The Man of Steel miniseries. After Lois Lane and Jon Kent travel to space with Jor-El, Clark is left on his own to defend Metropolis from all manner of threats, including Rogol Zaar and The Red Cloud.

The art in the trade was fantastic. Metropolis has a gritty, almost noir feel at night, and by day it truly lives up to its namesake—teeming with life and vibrant color. Superman himself is represented as this bright, bold, yet comforting figure, while Clark Kent is often slouching or making himself small. These visual cues distinguishing the two identities are excellent. 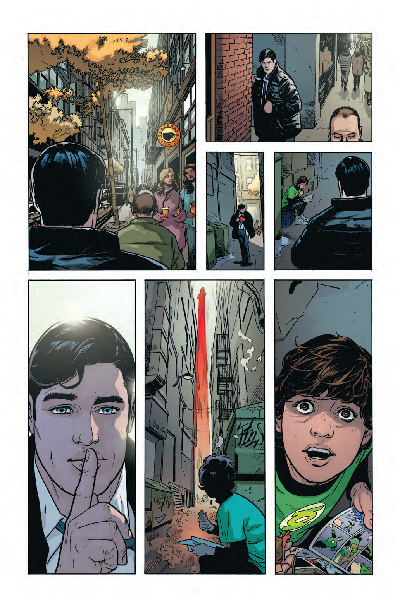 Bendis’s writing really shines when he’s writing Clark interacting with others—whether it’s in the offices of The Daily Planet, or as Superman comforting someone he’s just rescued. I think he has a good grasp on what makes Clark Kent tick overall, which is something any good Superman writer should have. A great Superman writer, however, has an equally good grasp on Lois Lane’s characterization, which I’m sad to say, Bendis hasn’t quite gotten at this point in his run.

The focus on journalism and life in Metropolis sets Action apart from the more cosmic-level threats in Superman. This is a book that’s about Clark Kent and his city—you get to follow him to his workplace, to the skies, and to the streets of Metropolis. It’s a fun thing to see him working the city beat as a regular reporter who just happens to have superpowers.

Action Volume 1 sets up the rest of Bendis’s run through extensive worldbuilding—the city of Metropolis is almost like its own character. From the city government to its seedy underbelly of organized crime, Action is a character study of Metropolis as much as it is a character study of Clark. I would say that the trade is a more enjoyable read in its entirety than reading the individual issues, as it really sets the stage for what comes next. It’s the natural jumping on point for a reader who seeks to follow the current Action Comics run, but I wouldn’t necessarily recommend it to someone who loved Dan Jurgens’s Rebirth run—this is creatively a completely different direction, and at times it can be quite jarring. Bendis’s passion for the character is evident, but a better integration of Lois Lane into the world he’s created would have greatly improved the start of his run.