What happens when a superhero decides to retire or dies in the line of duty? Characters like The Flash have tackled this issue—after Barry Allen’s death in Crisis on Infinite Earths, Wally West became the new Flash—and the original hero’s legacy is carried on, or perhaps even eclipsed, by his replacement. One character where this isn’t often explored is Superman. Of course, there are plenty of alternate versions of Superman, such as Val-Zod or Calvin Ellis, but the topic of the New Earth Superman one day hanging up the cape has rarely been addressed. I think that there is endless potential for a story of Jon Kent deciding to take on the moniker Superman after his father has decided to step down.

In 2016, DC Comics’ Rebirth set a new status quo in the wake of the New 52 reboot. The reboot sought to modernize familiar characters in an attempt to bring in a new audience. One of the most striking changes came to the Superman line of comic books. Before the New 52, Lois and Clark were happily married, but with the reboot, the romance that had grounded the mythos was stripped away in favor of a younger, brash Superman who was in a relationship with Wonder Woman. In the end, DC Comics decided to effectively pick up from where they had left off prior to the reboot, bringing back the married versions of Lois and Clark on a separate Earth, who were raising their superpowered ten-year-old son, Jonathan (“Jon”) Samuel Kent. When the New 52 version of Superman died, the Clark Kent and Lois Lane of the pre-Flashpoint era returned with son in tow, with the former assuming the mantle of the Man of Steel. In Superman Reborn, these two timelines were merged.

Jon Kent is perhaps the best thing to have happened to Superman within the past five years. Superman is a character that has gone through several evolutions over the years. He was conceived as a social justice crusader in the 1930s by Jerry Siegel and Joe Shuster. His relationship with Lois Lane at the time evoked memories of the classic film His Girl Friday. After World War II, he became more of a symbol of the American establishment—his stories were less about taking on government officials and more about fighting fantastical villains like Brainiac. Lois was afforded significantly less agency in the 1950s, which perhaps can be attributed to the fact that many women were forced out of the jobs they had taken on during the war and returned to the home. The 1980s reboot took the Lois and Clark relationship to new heights—Clark wasn’t the disguise, which led to Lois being torn between her love for Clark Kent and Superman. In 1990, the couple got engaged, and Clark revealed to her that he was Superman. Six years later, in a comic event that coincided with an episode of Lois and Clark: The New Adventures of Superman, they were married. Although Jon isn’t the first child that Lois and Clark have raised together (pre-Flashpoint, they adopted Lor-Zod, son of the Kryptonian general, whom they named Chris Kent, after Christopher Reeve), he is the first biological child they have had in the current canon. 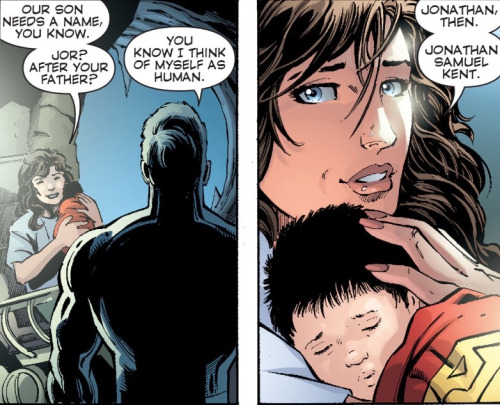 Why is Jon so important? He is the perfect blend of the two most important characters in the Superman mythos. Like his creator, Dan Jurgens, put it, “The way I describe him is that he looks like Clark but has Lois’ spitfire attitude and inquisitiveness.” As a ten-year-old, Jon Kent provides a way to capture a demographic that is sometimes left behind by modern comics—kids. The Super Sons series, which chronicles his adventures with Damian Wayne—Robin—offered an opportunity for children to start reading kid-friendly comics. A young Superboy learning who he is gives them someone to not only look up to but relate to. In addition, what makes Jon so special is that he is truly the product of two cultures—Krypton and Earth. Much like his father, as he grows up, he will have to come to terms with who he is and what path he chooses to follow. Being biologically human and biologically Kryptonian presents a new set of challenges as he discovers his identity—where does he belong? It’s the same question that everyone asks at some point in their life. Superman at his best is not only aspirational, but relatable, and Jon Kent can be both. 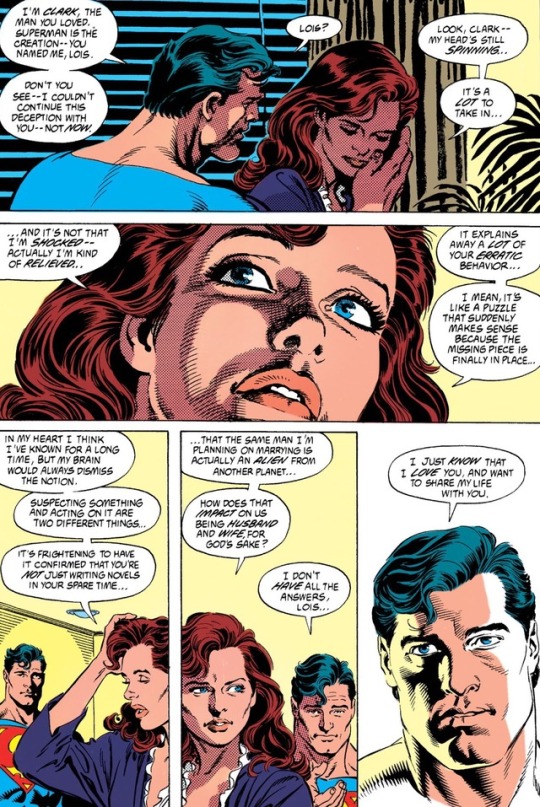 The passing of the torch to Jon would also cement Lois Lane’s importance to the Superman legacy. She gave Superman his name, and through her reporting, introduced the world to the Man of Steel, showing them that he was someone they could trust. Being Jon’s mother, she again plays a pivotal role in the origin story of the next Man of Tomorrow. As the Kents passed on their values to their son, so will Lois with Jon. His decision to become a hero is based upon the actions of both of his equally heroic parents.

Superman is the story of an alien refugee who makes Earth his home and defends it from evil. He falls in love with a brave journalist, and together they fight for truth, justice, and the American way. Why shouldn’t their son continue that fight as the new Man of Steel? Jon embodies the best qualities of both of his parents—Lois’s tenacity and courage, and Clark’s compassion—and there is no better candidate to one day take to the skies as the new Man of Tomorrow.

1 0
Previous ArticleGrounded: Please Note–Changes Made To This Media Will Not Apply RetroactivelyNext ArticleWhen Comics Get Political #23