The Amazing Spider-Man is written by Nick Spencer, with art from Humberto Ramos, and follows the continuing adventures of everyone’s friendly neighborhood Spider-Man.

Spider-Man has passed Kraven’s final test, and with the Lizard once again on the loose, along with Felicia and Billy in the crosshairs of Kraven’s last son, Peter must make the ultimate choice. Can he stop Kraven once and for all while holding on to his one rule? And what fate lies ahead for the Lizard, Felicia, and Billy, as well as all the captive villains and hunters?

The past two months have all led to this point for the Amazing Spider-Man comics. The story that began when it seemingly ended with Kraven’s Last Hunt all those years ago has finally reached its end. How did it wrap up? Pretty profoundly, I’d say. While the issue isn’t as action-heavy as one would expect, it delivers in cathartic resolution for our main characters, and in my opinion, that will forever trump action.

To start off, the art is incredibly effective and atmospheric, especially towards the end. While the job, to me at least, seems a tad bit rushed, I still think it’s incredibly well done, and I have to give huge props not just to Ramos, but to Olazaba, Delgado, and Arciniega, as well as all the others who have worked on this storyline. From the main issues to the HU issues, everyone put their best work forward, and I know that in the future the trade of this whole arc will sell incredibly well.

While he seemed to be contradicting to himself in the first half of the story, Kraven’s resolution here is absolutely beautiful and poetic, and finally gives clarity to what his intentions have been from the very beginning. Peter’s resolution is great as well, as he finds himself forced to make difficult choices, yet always seeming to find a way around it. As for the other characters, we won’t really know what happens to them until the wrap-up issue coming in a few weeks, so it’s too early to say what their endgames will be, but one can only hope they’ll be as good as Kraven’s and Peter’s.

Jumping off of that, the story does have a few loose ends, and this isn’t really the end of Hunted, but more or less the climax and some of the falling action of it. So if you’re reading along and expecting this to wrap up everything, you might be a bit disappointed, but again, the full wrap-up will be next issue before we move on to a new storyline. So just keep all of that in mind when heading into this.

Hunted was this year’s big surprise for me, and looking back I feel somewhat stupid for underestimating it. This whole story has been an absolutely worthy successor to Kraven’s Last Hunt, and has exceeded all of my expectations beyond belief. This is guaranteed to be a story remembered for years to come, in my humble opinion, and I’m looking forward to seeing how many new fans are introduced to the comic through this story, whether it be just one issue or the whole incoming trade. So far, despite a couple bumps in the road, Nick Spencer has delivered a fantastic run of Amazing Spider-Man, and I greatly look forward to seeing how he ties up all the loose ends, as well as where he takes the characters from here.

Hey guys! My name is Alec Thorn, I’m 19 years old, and I’m currently a full-time student in college. I’ve loved comics and superheroes ever since I was a toddler, with my favorite comic book character being the one and only Peter Parker / Spider-Man. I have a major passion for acting and singing as well, doing both for as long as I can remember. Hope you all enjoy reading!

Summary
A fantastic climax to the ongoing Hunted storyline that gives great resolutions to the hero and villain, while everything else looks to be fully resolved next issue.
Good
Bad
10
Perfect
Story - 9.9
Characters - 9.9
Art - 10
Writing - 10

Written by
Alec Thorn
Hey guys! My name is Alec Thorn, I’m 19 years old, and I’m currently a full-time student in college. I’ve loved comics and superheroes ever since I was a toddler, with my favorite comic book character being the one and only Peter Parker / Spider-Man. I have a major passion for acting and singing as well, doing both for as long as I can remember. Hope you all enjoy reading! 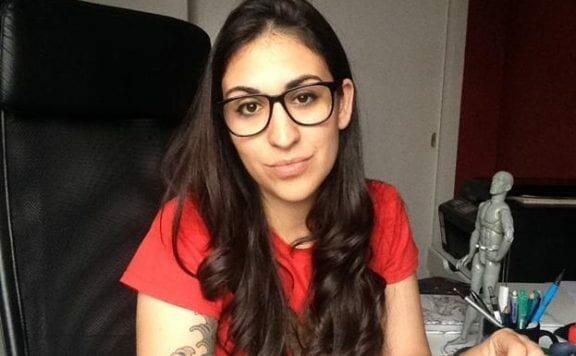 “All Things Must End” (The Amazing Spider-Man #22 Comic Review)