In this column, I will dive into times, throughout superhero history, that comics got political. There seems to be a constant debate if political discussion has a place in the medium. I hope to show that politics and superhero comics go together. This time we look at the tail end of Stan Lee’s Amazing Spider-Man run with issue #99. 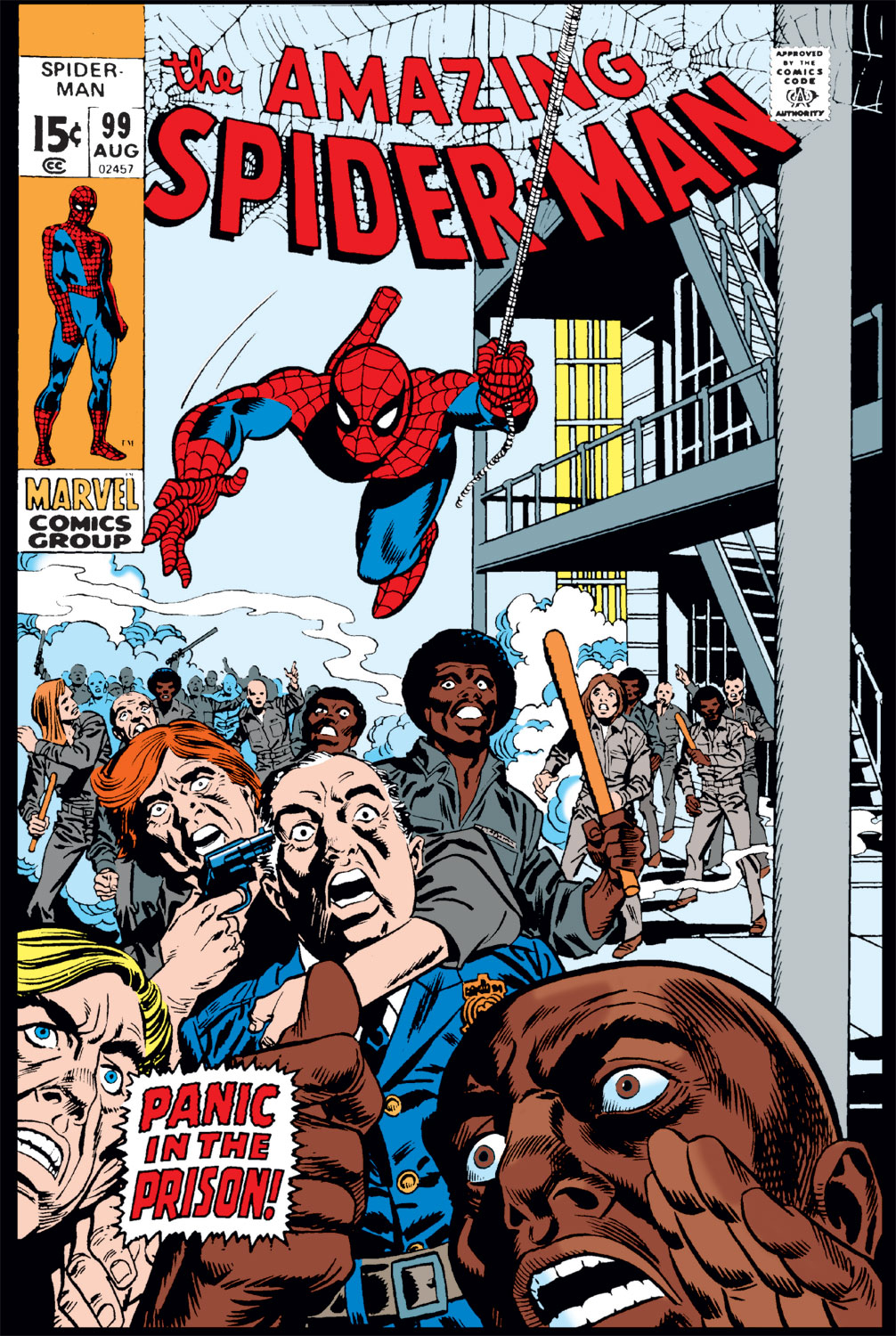 Sometimes a little goes a long way
Unlike many of my articles, this one will be short and sweet. We have a simple story here with a simple political message. Spider-Man learns of a prison riot and breaks into prison to help stop it. It is quickly discovered that the riot is because of the conditions prisoners face inside and they want to pressure the warden to give into their demands. The riot is then taken over by a prisoner that has more selfish means giving the issue a far more clear antagonist. Spider-Man saves the day and the warden actually listens to the prisoners’ grievances and gives the rioters amnesty. While the story is simple it is relevant to today’s reader (the comic came out in 1971).

Comics today are too preachy
A common complaint is that comics today are not just political but “preachy.” According to a certain subsection of the comic book community comics used to be more about “fun” and would be more centrist in their approach. As I have shown over the course of my articles this has been far from the case. Comic books, like all art, are a means to deliver a message. And often the creative teams behind these books have a political message to get across to their readers. You cannot find another writer that is more influential to Marvel comics than Stan Lee. Known as having a hand in many creations that we still read about today, he was never afraid to stand for his principles. Issue #99 of Amazing Spider-Man is no different. He did not just leave the prison riot with it being left up to the reader’s interpretation, he literally had Spider-Man preach to his audience about prison reform.

If this was written today then you can bet that there would be loud angry white male readers proclaiming “Spider-Man is an SJW NOW!!!” Of course, comic books have always been political, and if heroes did not stand up for social justice I doubt they would have been inspiring in the first place.

One day only! Free preview of Avengers: No Surrender!
December 8, 2017