“The plan, plan A, my original plan when I arrived in Metropolis—well, that was toast. My dad and I would have to work something else out. Because I had no choice but to get in trouble. To not fit in. To make enemies and rock the boat so hard it might capsize with me in it. No choice but to do what was right.” – Lois Lane, Fallout by Gwenda Bond

The first time I connected with a comic book character was quite inadvertent. As a matter of fact, this encounter didn’t happen when I was reading a comic book, but rather, it was while watching the CW. When I was growing up, there were three things that I was most passionate about: writing, reading, and Smallville. My first exposure to Superman was watching the Cartoon Network and marveling over both the animated series episodes and the 1940s Fleischer shorts. Anyone who knows me knows how much of a fan of the Man of Steel I am. However, my favorite comic book character isn’t Superman, but rather, his incredibly brave and accomplished wife, Lois Lane.

I always found Lois’s courage when diving in after a story to be impressive. She didn’t care what happened to her, because what mattered most was exposing the truth. The gravity of that wasn’t something that I grasped completely until I was older. She, like all journalists in the truest sense of the word, was devoted to the pursuit of truth. That meant asking the tough questions, and doing whatever was necessary to make sure that the public was informed. In an age where the free press is under assault even in American democracy, the importance of what reporters at all levels do cannot be ignored.

Smallville started airing when I was six and ended when I was sixteen. Lois Lane first was introduced in 2004, during the show’s fourth season, and was played by Erica Durance. The show took a different approach to the character than we had seen in the past. In all previous television incarnations, Lois was already the iconic, successful Daily Planet investigative journalist. Here, Lois, like Clark, was in high school. For the first time on television, we got to see what it was like for her growing up in the shadow of her Army general father, Sam Lane. 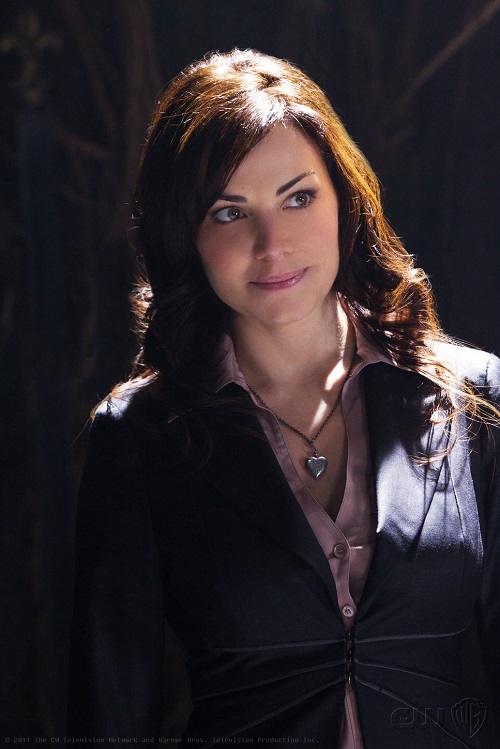 Even in the beginning, there were shades of the brilliant journalist that she would one day become. Lois originally came to Smallville to investigate a murder, and after a stint in politics as Jonathan Kent’s campaign manager and Senator Martha Kent’s chief of staff, started out as a freelance journalist after writing a piece about a mysterious weather event (which ironically was the result of Clark sneezing the barn door off). Over the years, as Lois discovered what she was good at and grew as a person, so did I. In fact, it was because of this show that I took my first journalism class in high school and joined the school paper. 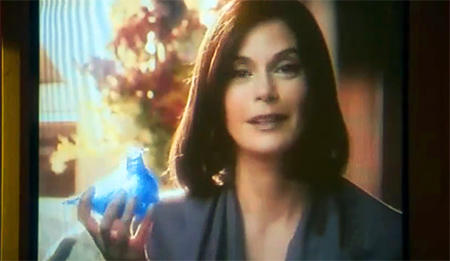 Smallville also showed a more vulnerable side of Lois Lane. She was the eldest of two—as am I—and after losing her mother to cancer, took it upon herself to take care of her sister Lucy when their father distanced himself. In Season 10’s Abandoned, Lois discovers a videotape her mother (played by Lois and Clark’s Lois Lane, Teri Hatcher) left her shortly before she died. The scene of Lois tearfully watching her mother on tape was incredibly moving, and has a special meaning for me, because at the time of the episode’s airing, my own mother was battling cancer. Thankfully, she survived, but it was on yet another level that I connected with my hero—I knew what it was like, being the oldest and putting on a brave face for the benefit of your kid sibling. It gave me a sense of hope, seeing her going through something similar to what I was, and knowing that it was okay to break down, to be angry, to fall apart, and then keep going.

Much has been written and said about Superman’s 80-year history, and rightly so. Jerry Siegel and Joe Shuster’s dream launched the superhero genre as we know it, and created a modern mythology that has appealed to generations of people. Lois Lane’s place in that mythology cannot be overstated. She is every bit the hero that Clark is, but she fights for truth, justice, and the American way without any superpowers—instead she relies upon her mind and the pen. My interest in writing and journalism can very much be attributed to Lois Lane. Her love story with Clark proves that one can have a career and be at the top of your game and still be in a fulfilling relationship and have a family with someone who encourages your career. I am thrilled that DC Comics has finally decided to launch a new Lois Lane title this summer. I am equally thrilled that Gwenda Bond has written an amazing trilogy of books for young adults about a young Lois Lane. Both of these projects will give a new generation of fans the chance to discover a love of one of the greatest characters in comic book history. Some have said that Superman is what the human race aspires to be, but Lois Lane is what we actually can be. We can use our skills to better mankind. We can use our voices and our pens to fight for truth, and in doing so, we can rock the boat, do what’s right, and change the world.

When Your Archenemy is Your Dad, Holidays Must be Awkward (Hal Jordan and the Green Lantern Corps #29 Comic Review)
September 30, 2017

More Than a Game of Dress-Up (Adventures of the Super Sons #2 Comic Review)
September 9, 2018

HBO Watchmen Series Will Not Be Direct Adaption
April 25, 2018