Since this weekend marks the release of Birds of Prey (And The Fantabulous Emancipation of One Harley Quinn) I thought it would be fun to revisit the history of everyone’s favorite GCPD detective.
Renee’s creation is kind of an enigma. Renee was created in pre-production for Batman: The Animated Series which premiered September 5th, 1992. However, just before the series’ premiere, she was “officially” introduced in Batman #475 which was published in March of 1992.
So, her creators are a bizarre mash-up of Bruce Timm, Paul Dini, Alan Grant, Norm Breyfogle, Greg Rucka, Ed Brubaker, and Michael Lark. (Comics are weird.)
She was a supporting character in Batman: The Animated Series and assumed a larger role in the subsequent animated series The New Batman Adventures. She remained a staple of the GCPD in both animated and comic universes for years.
(Now, for the sake of time and my sanity, I’m bypassing most of the 90s. Too many smaller appearances to account for.)
Renee assumed her first, arguably, main cast role in 2002 with the release of the fan-favorite series Gotham Central.
Renee’s most notable arc in Gotham Central is when she is forcibly outed as a lesbian and framed for murder by Two-Face. Renee attempts to come out to her family, only to be disowned by her Catholic Dominican parents. The heartwrenching story of Renee’s sexuality, and her relationship with her girlfriend Daria, would see Gotham Central nominated for the GLAAD award for Outstanding Comic Book twice.

After the events of Gotham Central sees Renee’s story continues in the maxi-series 52, a weekly series published from 2006-2007. At this point, Daria has walked out and Renee is an alcoholic ex-cop who can barely function.
Renee is recruited by The Question, Victor ‘Charlie’ Sage, to help surveil a warehouse. Soon, she becomes involved in his investigation and helps him hunt Intergang. The investigation leads her to former lover Kate Kane, the owner of the aforementioned warehouse, who is later revealed to be Batwoman. 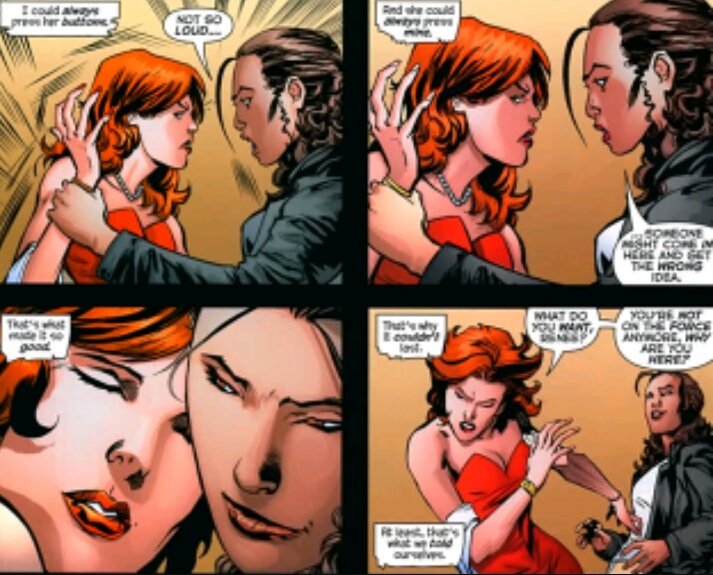 As Renee’s arc in 52 continues, she and Charlie discover that Kate is to be sacrificed by Intergang. They return from their travels to Gotham to help protect Kate and try to help Charlie with his recent lung cancer diagnosis.
*Minor spoilers ahead*
As Charlie’s condition deteriorates, his mind begins to slip away, leaving Renee to have no other choice but accept Kate’s help in caring for Charlie and hunting for Intergang on her own. To save Charlie’s life, Renee leaves Gotham to take Charlie to Nanda Parbat.
She ultimately fails to save him and returns to Gotham broken, but when she and Nightwing discover Kate has been kidnapped by Intergang, she then assumes the role of The Question to save her. 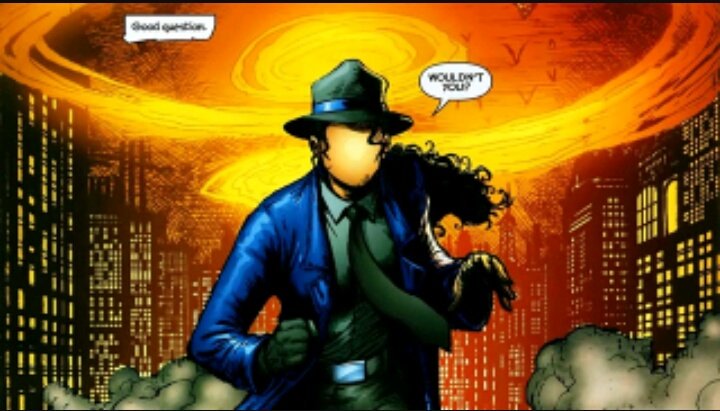 After 52, Renee is the main character in Crime Bible: Five Lessons of Blood. She pursues the Crime Bible—even fighting Batwoman for it—and attempts to withstand its efforts to convert her to their cause.
In 2008 she appears in Final Crisis: Revelations. She tries to stop the Religion of Crimes from obtaining a magical weapon but is confronted by The Spectre, who happens to be a haunting figure from her past. After this, she must aid in the fight against The Spectre and The Anti-Life Equation.
After Final Crisis: Revelations, Renee takes over the backup story in Detective Comics beginning at issue #854. When DC introduced The New 52 in 2011, Renee Montoya as essentially wiped from the DC continuity.
During DC’s Convergence event, Pre-New 52, Renee returns and teams up with Huntress and Batwoman to try to save Harvey Dent. After Convergence, a non-Question Renee Montoya is reintroduced in Detective Comics #41.
Despite being reintroduced, she did not make significant appearances until DC Rebirth in 2016, where she is a supporting character in Detective Comics.
Since Rebirth she has also appeared in Batwoman and Batgirl and the Birds of Prey.
Outside of the central DC continuity, Renee also appears in alternate universe comics like Injustice, DC Universe Bombshells, and Batman: White Knight. 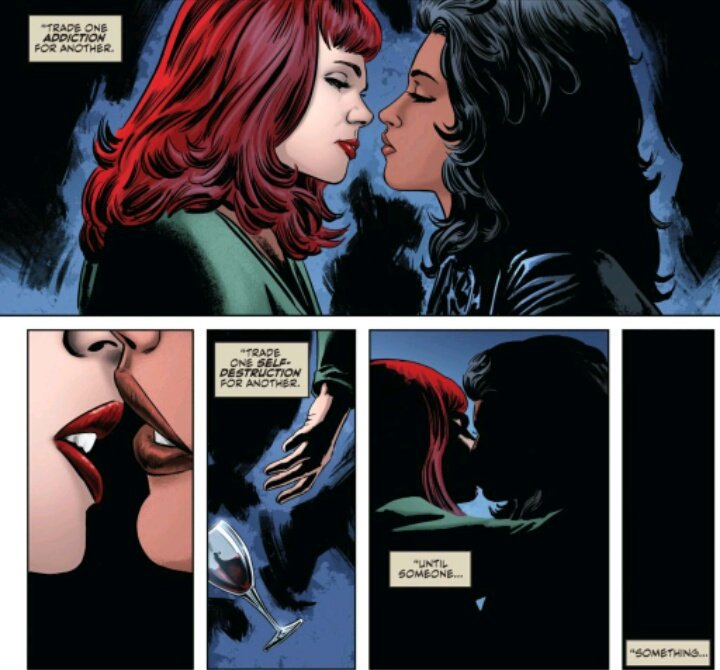 Renee and Kate share a kiss in Batwoman: Rebirth

Outside of comics, She was a supporting character in the first season of Gotham on Fox (played by Victoria Cartagena), was Kate Kane’s love interest in the DC Animated film Batman: Bad Blood, and is a precious gift in the video game Batman: The Telltale Series.
Renee Montoya is the foremost queer woman of color in the DC Universe and is one of the most prominent lesbians in mainstream comics. I glossed over a lot because I don’t want to ruin Renee’s journey for anyone. Hopefully, this piqued your interest and you check her out! 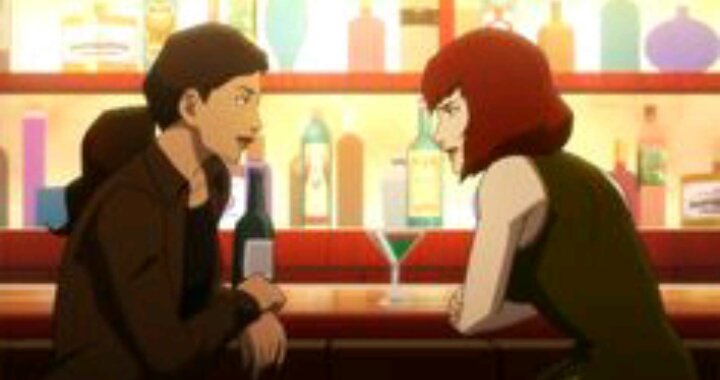 In 2018, it was announced that actress Rosie Perez had been cast as Renee Montoya and would appear in Birds of Prey (And The Fantabulous Emancipation of One Harley Quinn.)
Having already seen the film, I can report that Rosie Perez does a phenomenal job as Renee. She is the perfect embodiment of Gotham Central Renee. All of the pain and emotional complexity that readers loved in CG is present and is masterfully shaped by Perez.

Rosie Perez as Renee Montoya in Birds of Prey (And The Fantabulous Emancipation of One Harley Quinn.)

Not to mention that she kicks major ass. Rosie’s combat is awesome. Just awesome.
I wholeheartedly recommend that, if you are able, to see Birds of Prey (And The Fantabulous Emancipation of One Harley Quinn.)
To wrap this piece up I made a bit of a reading list for you if you’re interested in getting to know Renee.
Here is a streamlined list of what I believe to be the absolute essentials for Renee. (It’s more or less in chronological order.)