I am Stab (Guardians of the Galaxy #2 Comic Review)

Guardians of the Galaxy #2 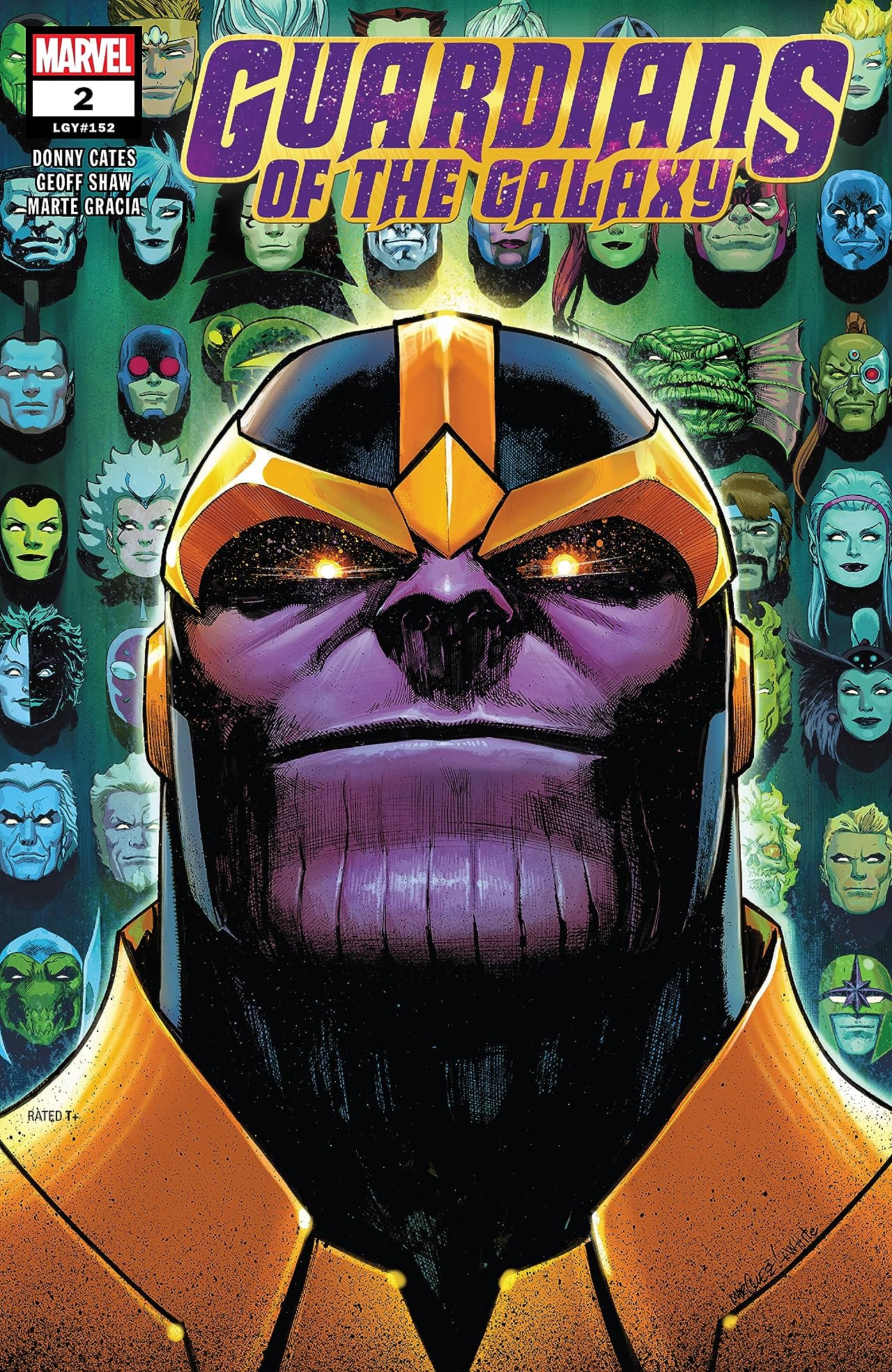 This comic picks right off where the last one left off. The Guardians are splintered and have now re-formed into a new mishmash of a team. There are multiple groups looking for Thanos’s head and/or where he might resurrect. When we last saw these groups there was Star Lord and Groot isolated on their new ship, Ryder (after Winona), Star Fox and his group on a mission to find and kill Gamora (who they believe will become Thanos), and The Black Order (a group that worships Thanos and wants to resurrect his dead body). This comic is about shuffling these teams around and giving them more motivation for their actions.

Story
This new team of Guardians are not a crew that has worked together before. Already they seem to disagree on if they should find and protect Gamora, or kill her. Star Lord just wants to remain neutral, at least in public. He seems to be a little upset over the fact that Gamora killed him recently, so his feelings are complicated on the matter. The interesting wrinkle in this comic comes from, what seems to be, the formation of two Guardians of the Galaxy teams. Each motivated by their opposing missions on how to handle Gamora. On The Black Order Front, they learn where Thanos’s head is, and they are moving towards their goal uninterrupted as the Guardians splinter and fight among themselves. After explaining all the moving pieces of the narrative the comic ends with a cliffhanger introducing one more.

Tim’s Thoughts
Donny Cates is anything but a boring writer. He seems to be on fire and can breath life into any property he touches. He can inject humor, action, and drama into a single 22 page comic. On top of that he has a lot to juggle here. A great example of this juggling ability comes at his best moment of the comic when Cosmic Ghost Rider gets into a fight with Groot. Every time he splinters a part off Groot it becomes a little violent version of Baby Groot called “Stab.” They go around yelling “I am Stab” in a really funny and entertaining scene. Immediately afterward, Donny brings the comic into a more dark and serious tone. This roller coaster of emotions makes sure the comic is never too-silly, too-melodramatic, or too-serious. The only downfall I can see in this comic is so much time is spent on plot, we still get very little explanation of characters. This is a “new series” and therefore new readers are picking it up (I include myself in that category). Cates is gaining popularity and people will follow him to unfamiliar titles now. While, I appreciate his “show don’t tell” style I am still confused on a large number of the character’s in this comic and who they are. Hopefully some of these things are cleared up for readers like me, as I know I am not alone.

Geoff Shaw puts together a great comic. None of Donny’s writing would matter if he didn’t have a artist that could keep the pace. Thankfully, Shaw is up to the challenge. The “I am Stab” moment, I spoke of earlier, only really sells the comedy in the art. There really is not much else to say other than this is a beautiful book that balances the change of pace and tone with ease.

When Comics Get Political #22