The wife of Ralph Dibney, Elongated Man, is murdered in her own home after having been brutally raped months prior.  As the DC Community of heroes rally to find the killer, long-lost secrets begin to come to light. As other heroes’ families are assassinated and even our heroes themselves targeted, the evidence begins to point at one of their own. Just as our heroes begin to close in on the killer, a larger question emerges: was the killer a villain or one of their own?

Why I love this Story:

The great thing about this story is it doesn’t just pit a group of heroes against a group of villains…there is a mystery they must solve. A group of heroes unites to together to solve it and all of the characters play a large part in the investigation. While underneath it all is a deeper, darker secret. This story delves into the relationships of the members Justice League, but it’s not just our heroes, their families and it also shows us just how far even heroes will go to keep secrets.

This story progresses like a TV mystery or a suspense/thriller movie would. The plot never gets convoluted or leaves you wondering, “what just happened”. The artwork fits perfectly and the panels flow beautifully to further add to the suspense.

Why You Should Love It Too:

This story delves into darker territory than most comics do showing that even heroes have to deal with the consequences of their actions. You will enjoy that because you will see a variety of lower-level villains that you normally do not get to see. But there are a couple of bigger names and a huge battle between one of those and the entire JLA. You will enjoy the outstanding artwork and storytelling. If you have not read this story, I highly recommend that you do as soon as possible. And don’t worry, you will get your Batman moment and it’s a mind-numbing moment! 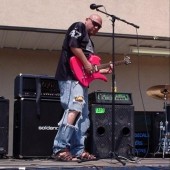