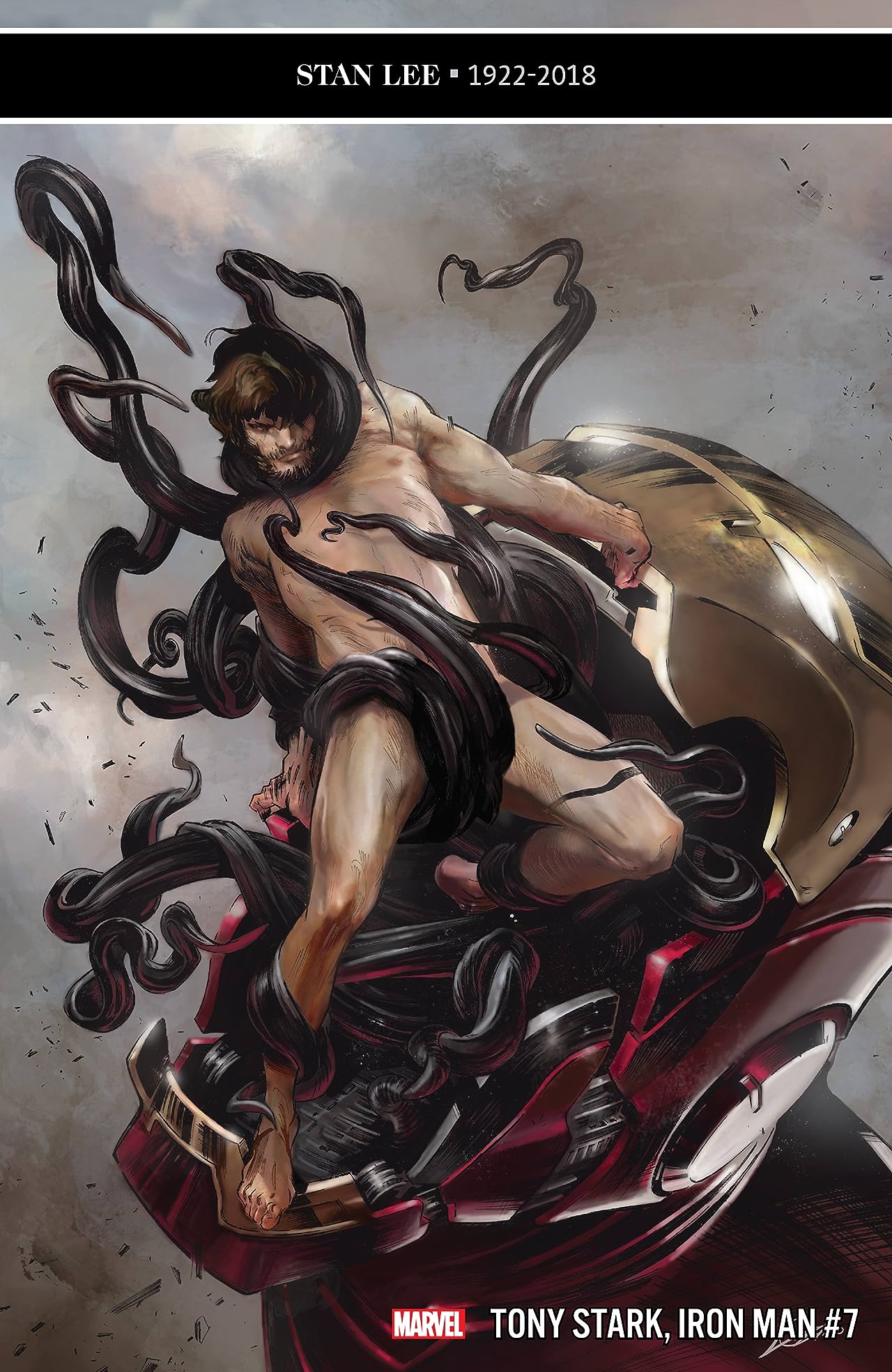 Part 2 of “Stark Realities” carries on from the last issue. Unlike the first five issues of the series, the team here is ready for their first big arc. The world building is done and now Tony Stark is in the thick of the action. The eScape is Tony Stark’s Virtual Reality headset that has caught the world by storm. But his old nemesis, The Controller, has taken it over. This issue is densely packed and pulls on threads from earlier issues.

The Story
The issue starts with The Controller inviting all the online trolls, who were previous banned from the eScape for toxic behavior, back into the game. He is also able to wrestle away control of the virtual world away from Tony Stark himself. Stark is able to effectively reboot the system and remove all active users, but the ones under The Controllers influence are trapped inside. Any attempt to remove them could lead to their death. Along with these online trolls, Tony’s biological mother is also trapped inside (but in a different and unique realm which comes with its own questions). The comic ends on one hell of a cliffhanger that really puts the stakes of this arc into high gear.

Tim’s Thoughts
Dan Slott and Jeremy Whitley continue sharing the responsibilities of writing here, and they seem to work really well together. As said previously, there is a lot going on in this story but the reader never feels overwhelmed. They are able to tie things to previous issues without retreading and over explaining previous plot points. This comic is a real page turner, and this arc as a whole actually makes the previous issues better. There are some great comedic moments as well interspersed between the action. I don’t want to give away any of the punchlines, but how Tony Stark finds The Controllers location is brilliantly written. Jocasta’s mission to convince her ex-boyfriend, Machine Man, into helping went a long way into humanizing the AI characters. While everything in this world is just slightly more fantastic and out of reach for our current technological standards, things seem realistic and possible in our world. The commentary on technology and near future possibilities comes together in a very dramatic cliffhanger.

Valerio Schiti again pulls off a very well drawn issue. The real world and virtual world are both uniquely drawn and distinct from each other. The robot bar scene helps build the world and told a larger story about the universe in the art alone. The balance between action and dialogue scenes never lose their dynamic flare. There really is not much to be said about the art here other than it is perfectly drawn and a great example of sequential storytelling.

A Conclusion of Rogue and Gambit’s Honeymoon (Mr. and Mrs. X #5 Comic Review)

Welcome Back from the Dead Natasha! (Black Widow #1 Comic Review)