The Devils You Know (Man Without Fear #1 Comic Review)

Following a haunting almost horror comic cover by Holtz and Brown our story opens with a beautifully laid out page that gives us both the title and the one and only Foggy Nelson making his way through the hospital to visit our currently comatose crusader. Foggy then comments on the dramatic irony of a truck about to hit a civilian being the cause of all this, obviously in reference the to the waste truck that gave Matt his powers at the cost of his sight.

We then cut into Matt’s subconscious, which as anyone who knows his character, is not the kindest place to be. In fact, Matt in his classic scarlet costume finds himself looking up at his primary rogue Bullseye, but behind him is something even more concerning. Standing behind Bullseye, almost as if he is pulling the strings is a skeletal figure clothed in Matt’s original yellow costume derived from his father’s boxing gear.

We cut back to the real world with Foggy still by Matt’s bedside as the trigger is pulled, and after Foggy continues his one-man dialogue with his best friend we go back into Matt’s head. However he seems to have changed from his classic costume to his black and red one readers became familiar with during the early parts of the Soule run.

Matt continues to change costumes as he faces his sub-conscious and we alternate between Foggy’s monologue and associated antics and the inner turmoil of Matt. We see Matt argue with the Skeleton over his ability to save those he cares about with the skeleton not only telling Matt he can’t but actively stopping him. Matt, having changed costumes yet again and now reliving his time as the Beast of the Hand questions the Skeleton asking if he is in Hell and the Skeleton’s response is even worse than an affirmative answer. The Skeleton tells Matt that “Hell is not other people Daredevil. Hell was inside of us all along.”

Over the course of this internal altercation the skeletal figure reveals to Matt that he does not wish to harm him. In fact, the Skeletal figure claims he loves Matt Murdock and wants to protect him from Daredevil and all the pain and suffering that accompany him. Matt seems to escape from the skeletal figure as Foggy leaves and the issue ends.

Daredevil runs tend to leave Matt in-between a rock and a hard place and Charles Soul beautifully continued the formula with his “Death of Daredevil” arc in DD 609-612. Jed MacKay certainly has some digging to do before he can get Mister Murdock out of this particular hole and this issue here is where the shovel strikes the earth.

The art is in this book is amazing, doing a fantastic job being completely different from the last DD artist Phil Noto while still feeling like Daredevil. The page layouts are simple yet effective and seem to perfectly complement MacKay’s writing style using insets, dialogue, and thought boxes all at once without making the reader feel confused or overwhelmed. Its a blast seeing Matt in almost all of his major costumes, and using them against him as the Skeleton in Yellow, and the Skinless Red Demon fits beautifully into the psychology of the character.

The writing in this book is the standout, I’m unfamiliar with Jed MacKay but if this fella writes other characters as well as he writes Matt, I’m gonna need to head down to the local comic shop and buy all his stuff up. Off of this first issue MacKay seems to be one of those writers who just gets Daredevil. In the same sort of way Scott Snyder just gets Batman, or Chris Claremont gets the X-men, this doesn’t feel like the first issue of a character by an author, this feels like a writer coming back to an old favorite.

Matt is classically Matt Murdock in this book, a tortured, battered man who is constantly haunted by his failures and in his attempts to escape them, is just beset by more and more of them. Matt Murdock isn’t allowed to have long term happiness, he can’t seem to catch a break. This makes it so that when he finally does, we really feel for him, and when it’s torn away from him it hurts that much more even though we as readers all know the drill by now.

This book is a must-read for long term fans of the series while also serving as a seemingly perfect jumping on point. It lays out the personality of both Matt Murdock and Foggy Nelson almost perfectly. I love Daredevil. Matt Murdock is my favorite Marvel Comics character, and definitely in my top 10 fictional characters of all time regardless of medium. If you decided to just wait for Chip Zdarsky’s run (Which I look forward to immensely) and skip this you’re doing yourself a disservice. 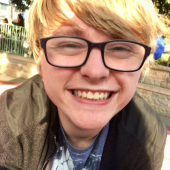 When Comics Get Political #1