Collin has been sent to Chernobyl in pursuit of the Dying One, who is currently inhabiting the body of the Eternal Warrior. He has uncovered the mystery behind the thriving population of what should be an irradiated town. This leads him to a final confrontation with the Dying One.

The issue is a bloody drawn-out battle, not only for the body of the Eternal Warrior but for Collin’s survival. As the battle closes Collin’s fate is sealed and a new era is dawning for MI-6’s deadliest master spy. We are wrapping up the series here folks and it is with giddy delight that I get to tell you: they nailed it. Everything in this book feels climactic in the best possible way. Opening in the midst of Collin getting the absolute tar beaten out of him, the book starts by hitting one of the stronger elements of the series as a whole. That being how, in the name of all that is good in this world, is Collin getting out of this one. ***SPOILER*** through guile and cunning.

To put it plainly, this book is epic. The opening highlights the best aspects of Ninja-K action sequences. His tactical thinking. There are very few panels where Collin isn’t strategizing. That is a stylistic choice playing to the strengths of this character. Time and again Collin seems to get out of impossible situations. Leading to the tension that is at an all-time high and it darn well should be. Ninja-K had been building to this confrontation for the entire series and that goes back to the very beginning of the run. It was absolutely imperative that the book could maintain that feel.

Impressively, this issue does wrap up all of the conflicts we’ve been building up to. Going as far back as even before Harbinger Wars 2. As I do not have enough time to do an entire series wrap up to connect all the points I’ll say this: if you have been reading this run since issue one as I have, this doesn’t disappoint. De la Torre really outdid himself on this book. The action is pulse pounding. Muted tones and lack of details in fight sequences, combined with the escalating desperation of Collin’s monologue create immeasurable atmosphere. There is little doubt that this is a highlight for the series.

Midwest monster who can't get enough of comics. Currently reading through the entire Claremont run on the X-Men. In my spare time I engorge Valiant Comics and write the review you see above. My simple advise to life is thus: READ MORE COMICS 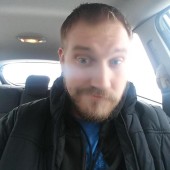 Midwest monster who can't get enough of comics. Currently reading through the entire Claremont run on the X-Men. In my spare time I engorge Valiant Comics and write the review you see above. My simple advise to life is thus: READ MORE COMICS