Uncanny X-Men is written by Mathew Rosenberg and features art from Salvador Larroca. This issue follows Scott and the remaining X-Men as they navigate the chaotic aftermath of the cataclysmic battle that left most of their teammates dead (or believed to be).

As the remaining X-Men struggle to maintain the tenuous balance between humankind and mutantkind, a new challenger presents themselves. Luckily, the X-Men are there, and despite getting knocked down in the last issue, they are back full-force, and ready to take on whoever shows up—even if it turns out to be a surprise.

I know the most recent run of Uncanny X-Men hasn’t gotten the most glowing of reviews, but I really feel like in their This Is Forever run has brought an intense new energy to the story. Scott and Logan play off each other in a fantastic way this issue, and I appreciate the way their begrudging camaraderie unfolds.

Things are, as usual, strained when Captain America shows up, and seeing Scott still bearing the wounds of his battle from the last issue was a constant reminder of how much he’s had to give for this fight. It also leads to some personal revelations that cause some pretty big changes for the X-Men. Scott makes a big decision in this issue; one of those decisions that could have massive repercussions in the future. Whether they’re good, bad, or a weird mix of both is yet to be seen, but I’m very curious where thing will go from here on out.

We also get a nice look at the respect between Scott and Logan.

They might not always see eye-to-eye, they might not agree on much, or even really like each other, but there is definitely a strong bond between them, and we got some great moments that showed that off here.

Despite the serious tone of this issue, they managed to fit in a few hilarious moments, largely thanks to Jamie Madrox.

There are also a few emotional and deep moments thrown into even the craziest action sequences—a line that stuck out to me was Mirage, mid battle, telling another teammate, “These sides aren’t as far apart as they seem.” I thought that was a perfect summary of a very long-running theme of X-Men: That ultimately, the two conflicting sides largely want the same things—mutant rights, safety, acceptance, and freedom. They just have wildly different ways of going about getting there. I always love seeing the philosophical quandary unfolding between the two opposing ideologies.

As usual, the artwork is phenomenal and you can feel everything from the motion to the swing of a fist in each panel. The coloring brings these vivid characters to life, and draws you into each scene. I love the style, and appreciate the effort Larroca and Guru-eFX have put into bringing Matthew Rosenberg’s writing to life. Also, shout-out to VC’s Joe Caramagna for his excellent lettering–it’s an easily overlooked aspect of comic creation, but he does a great job and it is certainly appreciated in readability and creating a reading environment that lets you lose yourself in the story.

This is a solid addition to Uncanny X-Men, and I can’t wait  to find out where this story takes us in the next issue.

E.V. Jacob is an artist some days, a scientist others, and a writer always. By day, she's a not-so-mild-mannered business woman, and by night, she works on her novels, because sleep is for the weak. She is a fan of tea, a hopeless geek, and an Oxford comma enthusiast. Pick up her book, THE SHADOWS, on Amazon: http://tinyurl.com/y5gkjfx6. 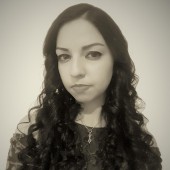 E.V. Jacob is an artist some days, a scientist others, and a writer always. By day, she's a not-so-mild-mannered business woman, and by night, she works on her novels, because sleep is for the weak. She is a fan of tea, a hopeless geek, and an Oxford comma enthusiast. Pick up her book, THE SHADOWS, on Amazon: http://tinyurl.com/y5gkjfx6.

The Root of All Evil…. (Nightwing #83 Comic Review)

A Couple of Heroes (The Amazing Spider-Man #25 Comic Review)

Do Not Hug (Superman #16 comic review)